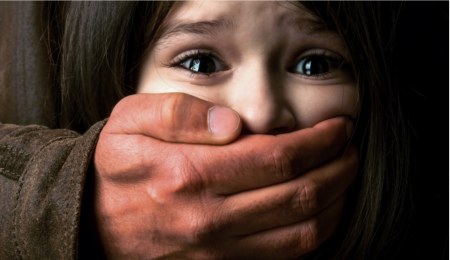 The UN received 64 new allegations of sexual exploitation and abuse, involving 77 victims, between July and September, across its various offices, agencies, and partner organisations implementing its programmes.

UN Spokesperson Stéphane Dujarric said at UN Headquarters in New York at the quarterly updates, which he said were part of the Secretary-General Antonio Guterres initiative to “increasing transparency” on this issue.

“Please note that not all the allegations have been fully verified and many are still in the preliminary assessment phase,” he said.

Most of the reported incidents – 30 of them – allegedly took place in 2018, another 15 are said to have happened in the years going back to 2015, while the date is unknown for 19 of the allegations reported.

Out of 77 reported victims, the overwhelming majority are women (42) and girls (24), while two men and one boy also report having suffered from sexual exploitation and abuse.

The age or gender of the remaining eight survivors is unknown, the UN spokesperson said.

The vast majority of them, 55, suffered from what is categorised as sexual exploitation, defined as “any actual or attempted abuse of a position of vulnerability, differential power, or trust, for sexual purposes.

This includes, “but not limited to, profiting monetarily, socially or politically from the sexual exploitation of another”.

Another 16 are considered to have suffered from incidents categorised as sexual abuse, defined as “the actual or threatened physical intrusion of a sexual nature, whether by force or under unequal or coercive conditions”.

Another four were classified as of an unknown nature, and two were unsubstantiated following an investigation.

The alleged perpetrators were 66 men, one woman, and two individuals whose gender is unknown.

Of the 39 allegations related to UN personnel, one was not substantiated, 22 are at various stages of the investigation, and 16 are under preliminary assessment to determine whether there is sufficient information to investigate.

Regarding the 25 allegations relating to non-UN implementing organisation staff, two have been substantiated through an investigation and the perpetrators were dismissed by their employer.

“The efforts to implement the Secretary-General’s strategy to combat sexual exploitation and abuse continue to be strengthened,” Dujarric said.

In September, a Circle of Leadership, embodying world leaders’ commitment to eradicating sexual allegations and abuse across the UN system was launched.

Currently, 49 heads of State and Government, 22 heads of UN entities and 72 global leaders have joined the movement.

In addition, over the past few weeks, an electronic tool called ‘Clear Check’, developed to screen UN staff dismissed as a result of substantiated sexual allegations and abuse, or who resigned or were separated during an investigation, started being rolled out across the entire UN system.