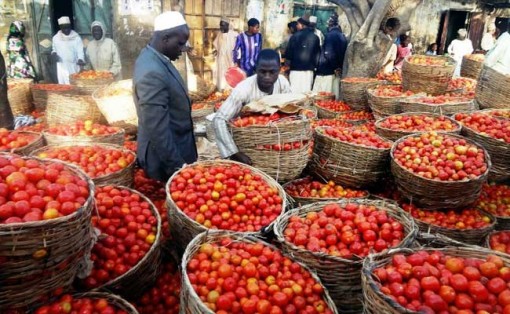 No fewer than 3,000 farmers are to benefit from Kano Post-Harvest Hub initiative of an NGO, Pyxera Global YieldWise Nigeria, which aims at reducing post-harvest loss especially for tomato.

The YieldWise project, which is being funded by Rockefeller Foundation, is aimed at reducing post-harvest loss for tomato and other crops in the country.

The Project Director of the initiative, Mr Lekan Tobi, disclosed this at the inauguration of the post-harvest hub at Kwanar Agalawa village in Garunmalam Local Government Area of the state on Tuesday.

Kwanar is one the tomato producing area in the state.

Tobi said the decision to establish the place was borne out of the NGO’s commitment to addressing the challenges of tomato loss and other crops produced in the area.

“The hub will provide opportunity for 3, 000 farmers in 44 cooperatives as they will have a packing house and processing units in the centre,” he said.

He said the farmers would have the opportunity to get alternative buyers and processors in addition to getting improved tomato seeds for better yields.

“The project will transfer the ownership of the hub to farmers’ groups in the area to enable them to use the facility and address the challenges.

“The post-harvest hub will be used for other products such as cucumber, cabbage, onion, rice and maize among others,” Tobi said.

Earlier in his remarks, the Kano State Deputy Governor, Dr Nasiru Gawuna, said the state government would continue to give priority attention to agriculture in order to boost food production.

The deputy governor was represented by the Permanent Secretary in the Ministry of Agriculture and Natural Resources, Alhaji Aminu Garba Gawuna commended YieldWise Nigeria for initiating the project.

The event was attended by tomato growers and various stakeholders including representatives of Jigawa, Katsina, Kaduna and Plateau Governments.