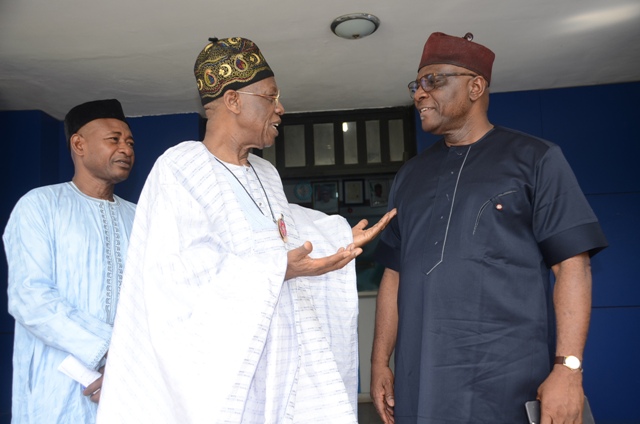 The Minister of Information and Culture, Alhaji Lai Mohammed, on Tuesday expressed confidence that the All Progressives’ Congress’ (APC’s) would emerge victorious in the Nov. 17 House of Representatives bye-election in Kwara State.

Mohammed, who is the leader of the APC in Kwara, gave the assurance when he featured at the News Agency of Nigeria (NAN) Forum in Abuja.

`I want to assure you that we are very confident and we have put structures in place that will ensure that we come out victorious.

“And we see the coming bye-election as a litmus test and by God’s grace we will not disappoint the millions of Kwarans who actually want a change.

“The task of a leader is made easier when he has no vested interest and that probably is the greatest asset that I have.

“I don’t want to run for any office, I don’t have preferred candidates for any office. My major pre-occupation is getting a winning team.

“And I just to appeal to all our gladiators to appreciate that in any contest there is always one winner and that it is only when we win election that we all have won, nobody will be left behind.

“And when we win by the grace of God, everybody’s effort will be compensated. We appeal to them join hand with the team and victory is very certain.’’

The Independent National Electoral Commission (INEC) has fixed the bye-election in Kwara in order to fill the vacant position of the Ekiti/Isin/Oke-Ero/Ifelodun Federal Constituency following the death of Mrs Funke Adedoyin in September.

He said the party in the state was ready to support its candidate, Alhaji Abdulraheem Olawuyi, to win the election, adding that the election would be a litmus test for the APC in the state.

Mohammed said that the current administration had struggled so had to deliver on its promises by providing electricity to communities that had been in darkness for years.

According to the minister, Nigerians have a choice to either vote for the past that is laden with corruption and poor governance or vote the APC that represents the future.

He appealed to Nigerians to reject the opposition party in 2019 general election and support President Buhari to complete his good work.

“It annoys me to hear that the same people who sold us blind said they want to come back.

“I am appealing to Nigerians to judge us by what we achieved in three and half years and judge them by what they achieved in 16 years.