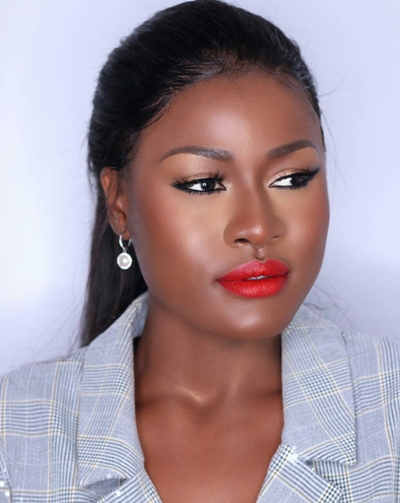 The 22 year old who has 1.1million followers on Instagram and 14,200 followers on twitter, has a retinue of brand endorsements that addresses youth and women issues.

The twitter campaign saw a massive interaction between Twitter users and medical practitioners on Tuesday evening on cancer-related issues and ways to raise money for the treatment of cancer patients across the country.

Leading the conversations, Doctors Aseye Koffie, Imaobong and Adelaja Oluwaseyi educated participants on the causes of cancer, the need for periodic check-ups and the importance of early detection.

Aseye said, “When we talk of cancer, we are looking at abnormal growth of Cells. Two most common cancers affecting women in Africa are the breast and cervical cancers.

“Have you ever had a Pap smear or breast examination? Routine screening helps in early detection of any abnormal growth (tumour).

“Early detection is vital for treatment and Cancer is not a death sentence. It is very treatable when detected early. Let’s endeavour to visit our doctor for necessary tests,” she said.

Similarly, Imaobong spoke on the causes of cancer, symptoms and the growth of the tumour cells in the body, especially the frequently affected parts.

She said, “Cancer symptoms depend on where the cancer is located, where it has spread, and how big the tumour is.

“Some cancers can be felt or seen through the skin – a lump on the breast or testicle. Skin cancer (melanoma) is often noted by a change in a wart or mole on the skin.

“Some oral cancers present white patches inside the mouth or white spots on the tongue. Colon cancers lead to symptoms such as constipation, diarrhoea, and changes in stool size,” Imaobong said.

Oluwaseyi, who spoke on the prevention and cure of cancer, said “Between 30–50% of cancers can currently be prevented by avoiding risk factors.

“Prevent initiation of tobacco use in young people and encourage current smokers to quit; limit or quit alcohol intake.

“Diet rich in plant foods such as fruits and non-starchy vegetables, low in red and processed meats is associated with a lower risk of certain cancers.

“Also, vaccination against Hepatitis B, C, HPV and early diagnosis and treatment of HIV, H. Pylori infections, use of sunscreen, wearing protective clothing, staying out of the mid-day can aid prevention,” he said.

Some of the participants expressed delight over the awareness and how educative it had been.

They included twitter handles @AnnieLungu7 who stated, “a big thank u 2 the doctors and the parties involved in organising the evening awareness campaign y’all are 2 mch. Ryt nw I hv information overload and my head hurts good. Information is power. Spread the love spread the word.”

@ChiomChiom1, “To the organisers and facilitators of this forum, I want to say a big thank you and well-done.

It was so insightful of y’all to answer questions and give us more knowledge on cancer.

@BhadMafia, “I don’t know much about cancer and I’m glad I learnt today.”