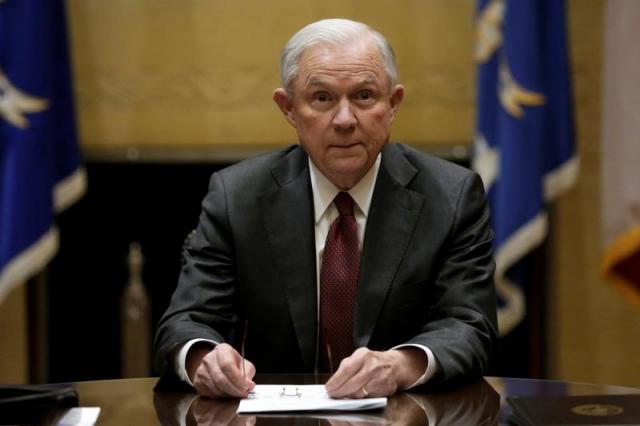 Sessions announced his plan to resign in a letter to the White House on Wednesday.

President Donald Trump, who had never hidden his plan to get rid of the man, quickly announced an acting attorney general.

In several tweets on Wednesday, he said: “We thank Attorney General Jeff Sessions for his service, and wish him well! A permanent replacement will be nominated at a later date

“We are pleased to announce that Matthew G. Whitaker, Chief of Staff to Attorney General Jeff Sessions at the Department of Justice, will become our new Acting Attorney-General of the United States. He will serve our Country well”.