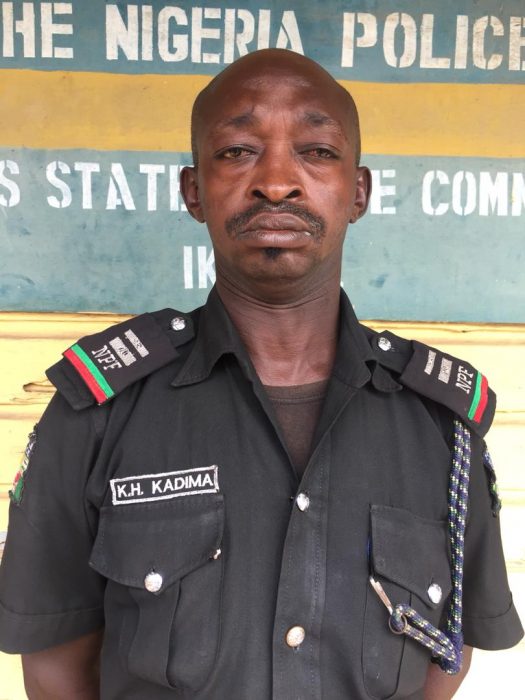 The Lagos State Commissioner of Police, Edgal Imohimi has dismissed a policeman who got drunk and had his video going viral on social media.

The drunken policeman, identified as  Inspector Kadima Useni was dismissed after an orderly room trial by the Lagos State Police Command.

As a result of the debilitating action, Imohimi has ordered the closure of all beer palours in police barracks across the state.

A statement issued by CSP Chike Oti, Police Public Relations Officer, Lagos State said the attention of the Inspector General of Police, IGP Ibrahim Idris was drawn to a video of Lagos policeman who got drunk at Akowonjo, Dopemu area of Lagos state and therefore directed Imohimi to fish out the erring policeman for appropriate disciplinary action.

“The policeman who was stupefied after guzzling large quantity of alcoholic beverage was located and apprehended today 07/11/2018 at Police Mobile Force Squadron 22 Base, Ikeja, where he served by the Command Provost. He was identified as Inspector Kadima Useni with appointment number 176219.

“During interrogation, the officer affirmed that he was the one in the video, he was therefore tried in orderly room and summarily dismissed to serve as a deterrent to others.,” he said.

Oti said to prevent re-occurrence of this type of incident, Imohimi had directed the officer in charge of the Command Provost Section to embark on tour of all police formations and barracks within the state with a view to identifying and shutting all beer parlours within the police community.

“In the same vein, the CP warns against offering policemen alcoholic drinks while on duty by members of the public. He added that henceforth any policeman found drunk on duty will be visited with similar punishment,” he said.