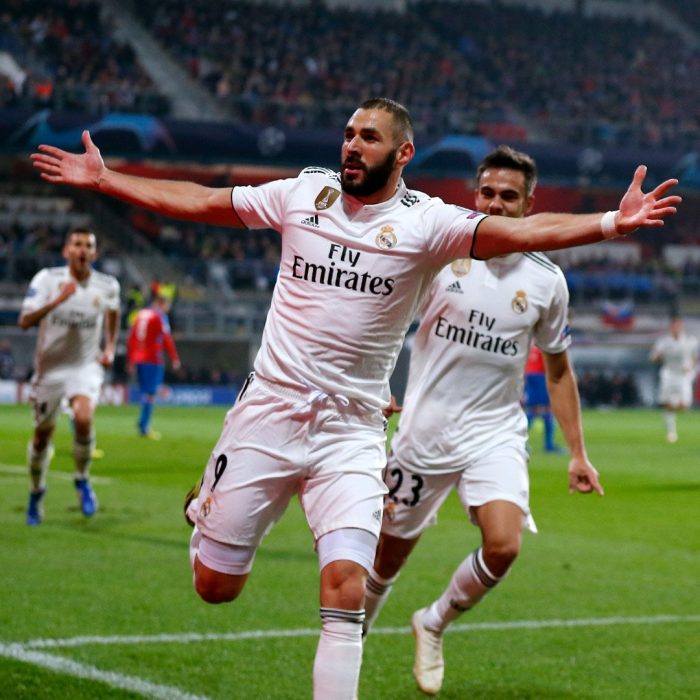 Benzema celebrate his goal for Madrid

Karim Benzema opened the scoring with his 200th club goal before Casemiro doubled the visitors’ advantage.

BBC reports that Benzema headed a second from close range before Gareth Bale rounded off the half with a left-footed strike.

Madrid were dominate throughout and Toni Kroos added an impressive fifth after the interval when he chipped goalkeeper from inside the area.

The La Liga side can qualify for the knockout stages with a draw against Roma in their next game, should CSKA Moscow fail to beat Plzen.