Oba of Benin calls for return of artefacts 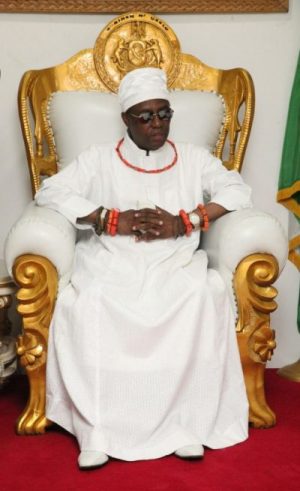 The Oba of Benin, Oba Ewuare II, has urged the the Prince of Wales and heir apparent to the British Monarch, Prince Charles to assist in facilitating the return of Benin artefacts to the country.

The monarch made the call, on Tuesday in Abuja, when Prince Charles received some traditional rulers during a visit to Nigeria, the final leg of an eight-day tour to three West African countries.

The prince and his wife, Princess Camilla, Duchess of Cornwall, who are visiting together, were in The Gambia and Ghana earlier.

The artefacts were said to have been carried away from the Royal Court of Benin in 1897.

“Nigerians in general and Benin people in particular will be most delighted to have Your Royal Highness throw his weight behind our efforts to have some of our ancient artefacts that were taken in 1897 from the royal Court of Benin returned to establish Oba Palace Museum for the promotion of tourism in Benin city.”

The monarch further commended the relations between the United Kingdom and Nigeria and appreciated the Queen of England, Elizabeth II for sending representatives during his coronation as the 40th Oba of Benin.

As part of his scheduled, Prince Charles, who is seeking greater role for traditional rulers in nation building, held discussions on issues bordering on insecurity, climate change demographic explosion amongst others.

Prince Charles and Princess Camilla would visit Lagos on Wednesday, where they will engage the business community on a wide range of businesses, trade and investment.