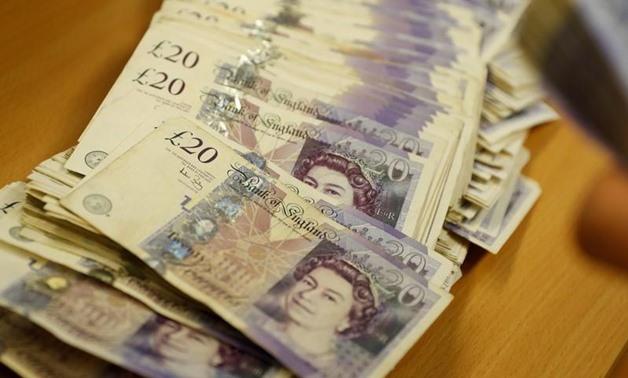 Sterling rose for a third consecutive day on Wednesday, buoyed by a BBC report that Britain is preparing for a Brexit agreement by the end of November.

The pound has benefited from growing hope among investors that Britain is close to reaching a deal with the European Union, less than five months before it leaves the bloc.

A 3 per cent rally in the currency over the last week comes despite unresolved differences over the Irish border.

It is unclear if an agreement on that issue can be reached in time to hold an emergency summit of EU leaders in November to sign off on a deal.

Opposition within Prime Minister Theresa May’s Conservative party and parliament has made investors wary of betting big on the pound.

“Overall, the market is banking quite clearly on a deal but to me things look less optimistic than current GBP levels illustrate,” said Ulrich Leuchtmann, an FX strategist at Commerzbank in Frankfurt.

“Time is running out. In view of the current mess, I consider sterling at its current level (of $1.31) to be unattractive.”

Headlines on the progress of Brexit talks have made the pound increasingly jumpy. Implied volatility on one-month pound options, a gauge of expected swings in the British currency, is at its highest levels since February.

Some unwinding of short positions has also helped the sterling. While net shorts have shrunk slightly from more than two-year highs in September, they remain near historical highs.

The currency has faltered in seven of the 10 months of this year so far, losing as much as 3.6 per cent.

Britain and the EU both wish to keep the border between EU-member Ireland and the UK province of Northern Ireland free of frontier controls after Brexit.

This is seen as crucial to the 1998 Good Friday peace accord that ended decades of sectarian bloodshed in Northern Ireland.

The BBC reported on Tuesday that May planned to give a speech on Nov. 19 saying she had delivered on the referendum with a deal which brings the country back together.

But a spokesman at May’s Downing Street office dismissed the report in which the BBC cited a document entitled “Brexit Communications Grid Summary”.