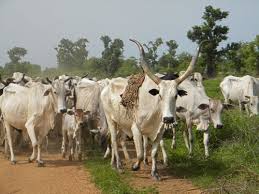 No fewer than 75 million cows slaughtered for consumption end up wasting every year, a new report by the Food and Agriculture organisation (FAO) says.

The UN agency, in a report entitled “Preventing Nutrient Loss and Waste Across the Food System: Policy Actions for High-quality Diets” in New York also stated that regular eating of poor-quality food had become a greater public health threat than malaria, tuberculosis or measles.

According the the report, more than half of globally-produced fruits and vegetables are lost or wasted each year.

It added that “moreover, around 25 per cent of all meat produced, equivalent to 75 million cows, goes uneaten.”

With the value of global food lost or wasted annually, estimated to be around 1 trillion dollars, the report said cutting down on waste would yield major economic benefits.

Additionally, eating more of the food already produced, would avoid wasting the water, land and energy that went into its production, FAO said.

The report also said that one-in-five deaths was associated with poor-quality diets, and urged policymakers to reduce food loss and waste, to improve access to nutritious and healthy food.

According to the report, approximately one-third of food produced for human consumption never reaches the consumer’s plate or bowl.

It added that nutrient-rich foods, such as fruits, vegetables, seafood and meats were highly perishable, rendering them susceptible to losses throughout increasingly complex food production systems.

“To tackle all forms of malnutrition and promote healthy diets, we need to put in place food systems that increase the availability, affordability and consumption of fresh, nutrient-rich food for everyone.

“Reducing food loss and waste, particularly high-nutrient foods, not only has nutritional benefits, but also contributes to the Sustainable Development Goals (SDGs), and should be a new priority for improving nutrition.

“Taking specific actions to reduce the losses and waste of fresh and nutritious food is a fundamental part of this effort,” stressed FAO Director-General José da Silva, who is also a member of the Global Panel on Agriculture and Food Systems for Nutrition, joint report author.

To remedy this, the report proposed series of policy actions across the entire food system, including educating all concerned; focusing on perishable foods; improving public and private infrastructure; and closing data gaps on food losses and waste.

FAO data indicated that in low-income countries, food was mostly lost during harvesting, storage, processing and transportation; while in high-income nations, the problem was in retail and consumer level waste.

Together, the two forms of food loss directly impact the number of calories and nutrients actually available for consumption, FAO said.

It noted that given the direct impact on wellbeing, learning capacity and productivity, the loss and waste of micronutrients was of particular concern.

Globally, agriculture sectors produce 22 per cent more vitamin A than we require, however, after loss and waste, the amount available for human consumption is 11 per cent less than required.