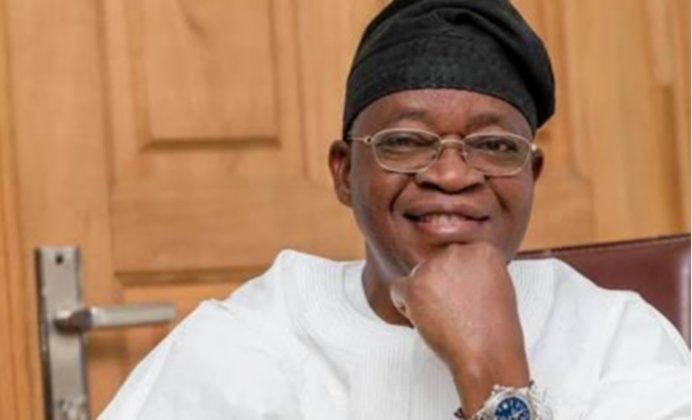 Oyetola said that the monthly allocations from the federation account to states may cease sooner than expected.

Oyetola made the remarks during a special thanksgiving organised in his honour by civil servants on Thursday in Osogbo.

He said there was the need for civil servants, who are the engine room of government to drive the state to an economic sustainable status.

Oyetola, who expressed gratitude to the entire workforce in the state for voting for him massively during the governorship election, urged them to put more efforts in generating more IGR to make the state financially sufficient.

He said increase in IGR would enable the government to carry out its statutory function of payment of workers’ salaries and other emoluments.

The governor-elect commended civil servants in the state for their efficiency, sacrifices and support for the outing administration.

Oyetola maintained that his administration would redouble efforts at further smoothening relationships between the government and workers.

He however urged the civil servants to support his administration wholeheartedly, saying their services and support is too important to be ignored.

In her remarks, Mrs Titi-Laoye Tomori, the outgoing Deputy Governor, described the governor-elect as ”humble, amiable, gentle, brilliant and approachable.”

Earlier in his remarks, the state Head of Service, Dr Oyebade Olowogboyega, said the programme was organised to express workers’ solidarity and support for the incoming government.

The News Agency of Nigeria (NAN) reports that Oyetola, an All Progressive Congress (APC) won the Sept. 22 governorship election in the state.

NAN reports that Gov. Rauf Aregbesola is expected to hand over to Adegboyega, on Nov. 26.