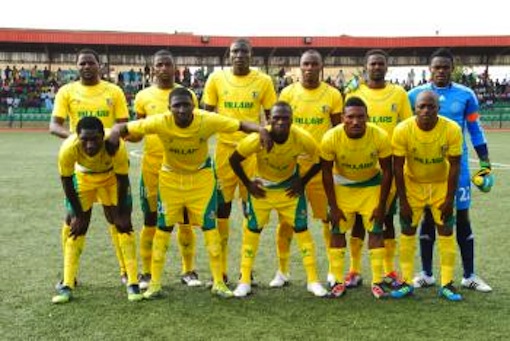 Kano Pillars FC, on Wednesday announced the appointment of former Flying Eagles coach, Kabiru Baleria, as the interim head coach of the club.

Kano Pillars FC, runners up in the 2018 AITEO Cup, said that Baleria’s appointment was with immediate effect pending the appointment of substantive technical adviser.

The Media Officer of the club, Rilwanu Malikawa, told the News Agency of Nigeria (NAN) that the appointment of Kabiru Baleria followed the expiration of the contract of the club’s technical adviser Ibrahim Musa.

He said the management of the club under the leadership of Alhaji Tukur Babangida had charged the interim head coach to work closely with other technical crew and club’s supporting staff in discharging his duties.

”The management of the club has the confidence that Baleria will use his wealth of experience to protect the image of the club.

”He is sure to as well come up with new ideas that will move the club forward for the period he is going to handle the team.

”The new technical adviser will be appointed by the management of the club in due course.

He also said that the club had reached advanced stage in negotiations with the new players ahead of the new season.

”Plans are also under way to promote two or three players from the feeder team to the senior team before the commencement of 2018/2019 NPFL season.

”The sai Masu Gida will resume training on Thursday in the Morning at Sani Abacha stadium, kofar mata, Kano, after a two-week break.”