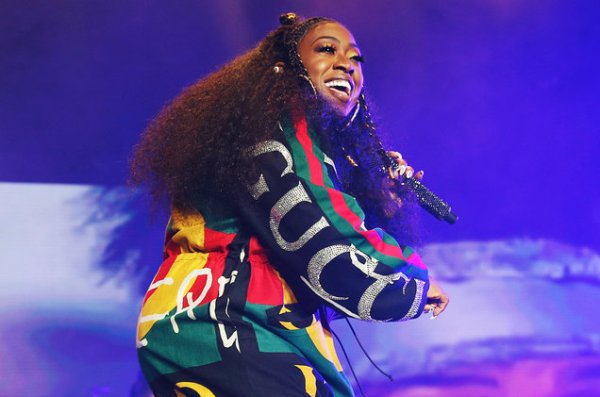 American Missy Elliot, acclaimed as ‘one of Rap’s greatest voices’ in the world, has been nominated for the 2019 Songwriters Hall of Fame (SHOF).

Elliott is the first female rapper nominated for the prestigious prize and can also become the third rapper to enter the organisation following recent inductees JAY-Z and Jermaine Dupri.

The songwriter, who crafted songs for Beyoncé and Whitney Houston, is nominated among artistes for induction at the Hall’s 50th annual Induction and Awards Gala in New York.

According to the list released by the organisers on Thursday, others joining Elliott as performing nominees are Mariah Carey, Chrissie Hynde, Vince Gill, Mike Love, Jimmy Cliff, and John Prine, among others.

Elliott, who came on the music scene alongside mega-producer Timbaland, also worked on multiple songs for the late icon, Aaliyah, as well as Carey, Janet Jackson, Mary J. Blige and Destiny’s Child.

The rapper, often praised for her wild, colourful style and playful lyricism, had been one of pop music’s most sought producers and songwriters.

In addition to creating her own well-known hits, from “Get Ur Freak On” to “Work It” to “Lose Control”, R&B singers and girl groups heavily benefited from her songwriting work in the ’90s.

Elliot’s debut studio album “Supa Dupa Fly”, which turned 20 in the year 2017, made her eligible for nomination for the SHOF.

Songwriters considered for an entry into the hall of fame were often those who published songs for a period of 20 years.

The Songwriters Hall of Fame honours those whose work represents and maintains the heritage and legacy of a spectrum of the most beloved songs from the world’s popular music songbook.

It is also involved in the development of new songwriting talents through workshops and scholarships.

The show is one of the most unique awards ceremonies in the music industry and features many rare pairings of performers.

Six songwriters or songwriting groups will be officially inducted at the Hall’s 50th annual ceremony in New York on June 13, 2019.