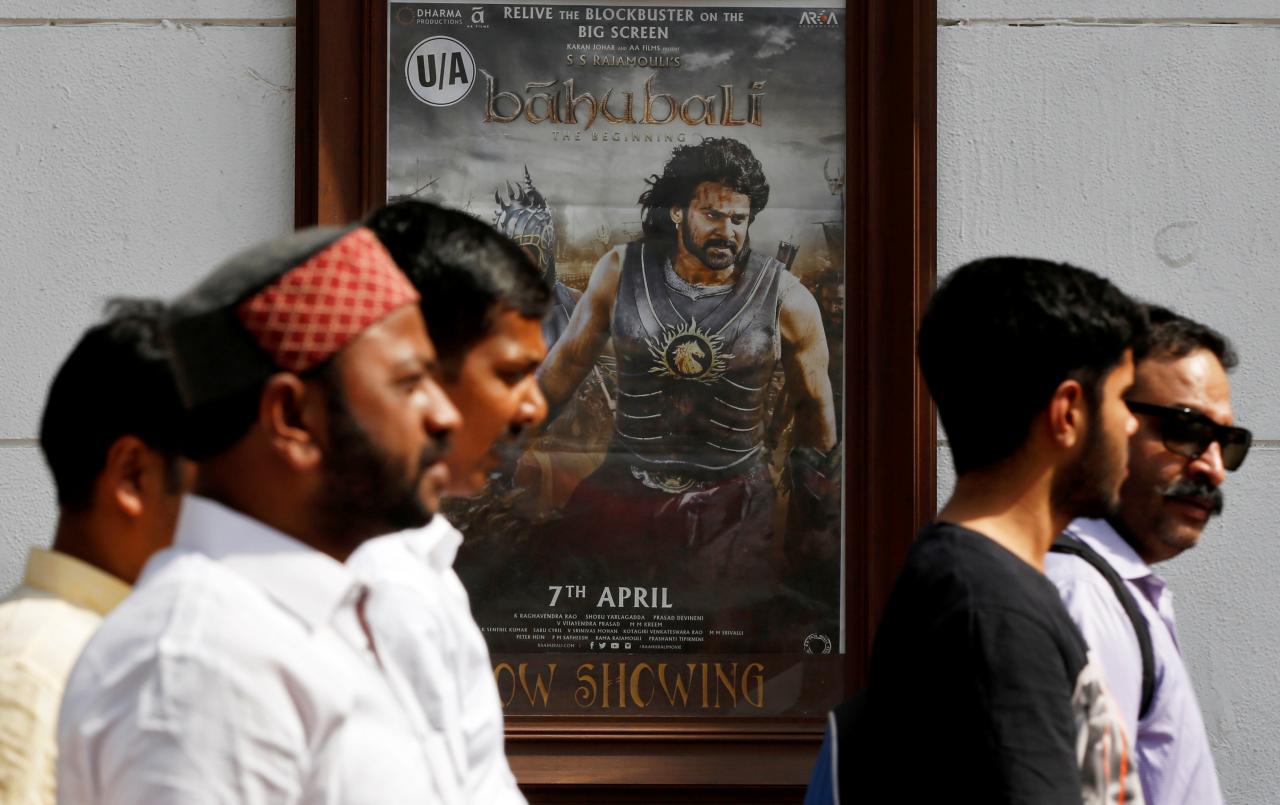 FILE PHOTO: People walk past a poster of an Indian movie "Baahubali: The Beginning" outside a movie theater in New Delhi, India, April 12, 2017. REUTERS/Adnan Abidi

The plan, which includes nine productions in India and five anime series, should help ease concern that the video streaming pioneer is running out of space to expand in developed markets.

Netflix reported bumper quarterly earnings last month as it exceeded forecasts in both the U.S. and international markets, with the bulk of new subscribers coming from outside the United States where the company has been investing aggressively.

“More than half of Asian content hours viewed on Netflix this year are viewed outside the region,” Ted Sarandos, Netflix’s chief content officer, said when unveiling the plan at the firm’s content showcase event in Singapore.

“So we have confidence that our upcoming slate of Asian productions will find fans in their home countries and abroad.”

Netflix has earmarked $8 billion for content this year, and had spent $6.9 billion as at the end of its third quarter.

On Thursday, the company said the new productions will include anime series such as Trese, based on a Philippine graphic novel of the same name, and Pacific Rim, an adventure story about two siblings searching for their missing parents.

Netflix will make two Thai language originals including Shimmers, a drama series about five teenagers at an isolated school in northern Thailand.

It will also broadcast Triad Princess, a Chinese-language original from Taiwan in which the protagonist seeks independence in defiance of her Triad father.

In Asia, led by India, Netflix has won fans among a young, tech-savvy middle class. Chief Executive Reed Hastings has said India could deliver the service’s next 100 million subscribers.

The company will announce details of nine projects from the country on Friday.

However, the Bollywood studio that produced the show disbanded last month after sexual harassment allegations against one of its partners, Vikas Bahl, and the show’s lead writer, Varun Grover. Both men have denied the allegations.

Netflix later backed the series for a second season.

The firm had 137 million subscribers to its movie and TV streaming service worldwide as of September-end.

It began releasing original English-language programing nearly six years ago and has since expanded into other languages.