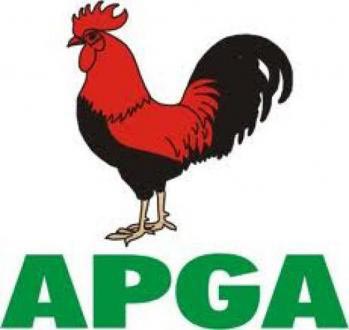 The leadership of the All Progressives Grand Alliance (APGA) has commenced reconciliatory moves to bring together all its aggrieved members in Anambra, ahead of the 2019 general elections.

The party in a statement signed by the secretary of the reconciliation committee Chief Ifeatu Obi-Okoye made this known in Awka on Friday.

The constitution of the special reconciliation committee is to look into all complaints arising from the party’s primary elections, conducted on October 3.

The chairman of the committee Dr Uju Okeke urged all aggrieved party members to expect peaceful resolutions of all outstanding matters.

According to the statement, the committee will meet with stakeholders and candidates at the Willie Obiano Campaign Office in Akwa by 10 am on November 10.

It also charged the affected persons to cooperate with the committee in the overall interest and well-being of the party.

It added that all elected Senate, House of Representatives, state assembly candidates of the party were expected to be in the meeting.

The release stated further that the reconciliatory process began following intervention of the party’s national leader Chief Victor Oye and its Chairman Board of Trustees Gov. Willie Obiano.

NAN reports that part of complaints over the primary elections conducted by the party was the election between the widow of late Chief Emeka Odumegwu Ojukwu and a businessman, Chief Nicholas Ukachukwu for Anambra South Senatorial seat.

The exercise conducted at the Ekwulobia Township Stadium was allegedly marred in irregularities, insecurity and delay in the arrival of voting materials.