No impeachment process against Okorocha - Speaker 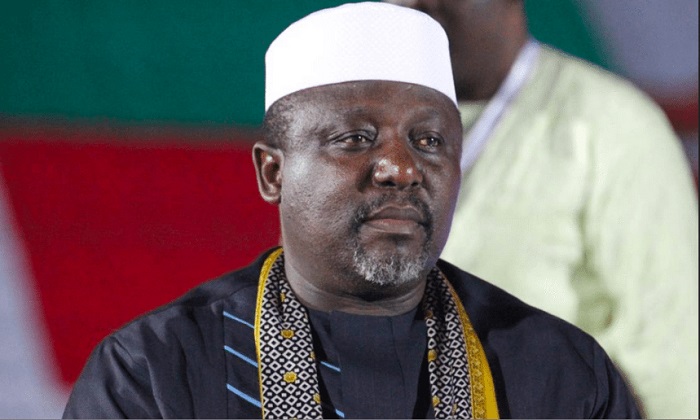 Dr Iheanacho Ihim, Speaker, Imo House of Assembly has said that there was no impeachment process against Gov. Rochas Okorocha.

Ihim, who made the clarification in a statement signed by Mr Marcel Ekwezuo, his Chief Press Secretary min Owerri in on Friday, said the governor had carried out his duties within the full provisions of the law.

He described as misleading, insinuations in some quarters that some members of the House had contemplated instituting impeachment process against the governor.

“His Excellency, Owelle Rochas Anayo Okorocha, has so far conducted himself and steered the administrative machinery of Imo within the most perceived and glaring ambits of the law.

“No member of the Imo House of Assembly has contemplated, even remotely, the misleading allegation of his impeachment charge,“ he said.

According to him, the impeachment procedure of any state Governor is a constitutional matter but added that it is neither done surreptitiously nor stealthily.

“It is an act done in the open, and no member of the State Assembly has any knowledge of the fictitious and imaginary said impeachment procedure.”

He condemned the originators of the news and enjoined the state government and the general public to disregard the allegations.

“It beats my imagination how an obscure and imaginary television station operating outside the shores of Imo state could be the harbinger of a story of such magnitude. There is a plethora of refined, reliable and reputable mass media in Imo.“

“Such fake news and other morally degenerate stories are the stock in trade of that lowly rated and generally unknown, non-conventional television station.

“I enjoin the relevant public and government of Imo to discountenance the falsehood of Gov. Okorocha’s alleged impeachment for what it is – a lie from the pit of hell.”