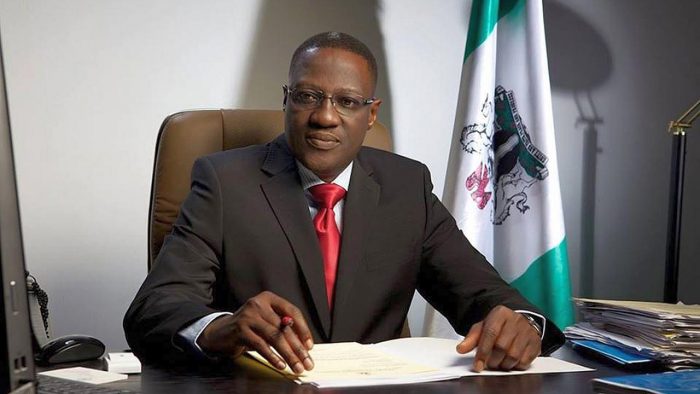 Gov. Abdulfatah Ahmed of Kwara on Tuesday sought the approval of the State House of Assembly for the passage of N156 billion as 2018 revised budget estimates.

The governor’s request was contained in his message to the House read by the Speaker, Dr Ali Ahmad at the plenary.

The request of the governor intimated the legislature of the downward review of the 2018 budget of N190 billion which presented to the House in Dec. 2017.

Ahmed explained that the approved total recurrent revenue estimate for the year under review, which was N122.8 billion now stood at N93 billion.

The governor noted that the review effected on the approved 2018 budget estimate caused 25 per cent decrease.

He further said the total recurrent expenditure in the fiscal year had been slightly reduced to N78.3 billion, while the total transfer to capital development fund was also reviewed downward from N42.5 to N14.6 billion.

He said the capital estimate had also been reduced to N77.6 billion contrary to the approved N110.6 billion with 30 per cent reduction.

The governor said the revised total recurrent expenditure had made recurrent debt to stand at N7.6 billion, while recurrent non-debt stood at N70.7 billion.

The speaker, thereafter, urged the House to regard the presentation of the governor’s request as the first reading of the proposed review of the budget.

He, therefore, referred the document to the House Committee on Rules and Business for appropriate action before the second reading.