Bagudu, Ooni, others hail Aregbesola as he bows out of office 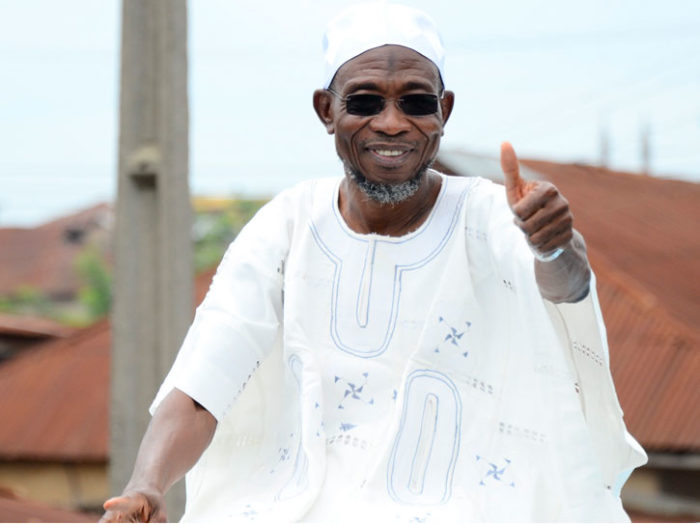 Eminent Nigerians on Monday in Osogbo eulogised the outgoing Governor of Osun, Rauf Aregbesola, for giving his best to develop the state in the last eight years.

They spoke at a colloquium to mark the end of Aregbesola’s administration.

Gov. Aregbesola will hand over to the governor-elect, Alhaji Gboyega Oyetola on Nov. 27.

The colloquium has as its theme: “Ogbeni Rauf Aregbesola in Eye of History.”

Gov. Atiku Bagudu of Kebbi said the education policies of the outgoing governor was the best in the country.

Bagudu said Aregbesola took the risk to develop Osun, adding that he was seen as controversial by many because his ideas were most times not easy to comprehend for some people.

According to Bagudu, when he was in the Senate, a Committee on Education, led by late Sen. Uche Chukwumerije, during a visit to Osun, discovered that the state had the best education policies, as well as best infrastructure in public schools.

“I got to know governor Aregbesola through my colleague in the Senate, Prof. Sola Adeyeye.

He told me a lot about Aregbesola before I eventually met him. When I met him, I was not disappointed.

“Our committee, while in the Senate, was in Osun to see some of his projects in the education sector.

“In our separate reports, we all concluded Aregbesola had best education policies in the country.

“He took a risk to develop Osun. He is a patriot, a nationalist. He is humble and a true believer in Nigeria, who has good thought about the country.”

Also, Dr Owei Lakemfa said developmental projects that Aregbesola left behind would continue to be a reference point in the state.

Ogunwusi said Aregbesola invested in many lives through free education policy, comparable to the one introduced by the late sage, Chief Obafemi Awolowo.