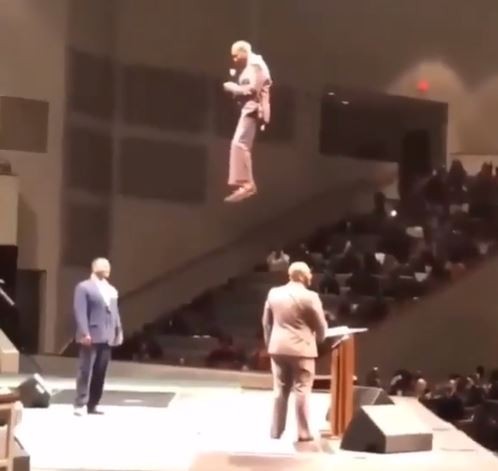 Pastor Bartholomew Orr of Brown Baptist Church, Memphis gave members of his congregation the surprise of their lives when he entered into the church building flying on a zip line.

The entrance which was perfectly inline with the message of the day “Jesus’ return” has generated a lot of reactions on social media.

Pastor Orr is now being dubbed “The Flying Preacher” after the video went viral on social media.

The pastor appears not to be bothered by social media reactions. He said he’s glad people are being reached by the sermon in the video.