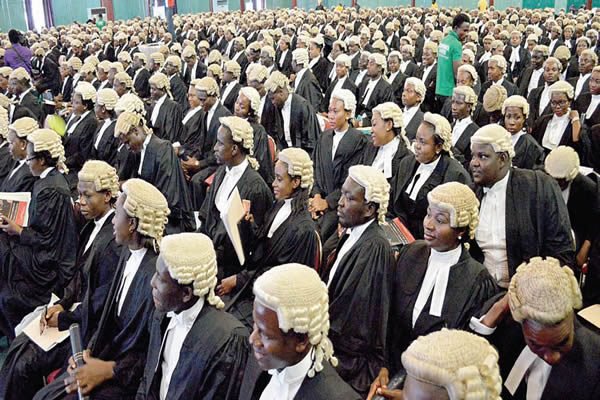 The Nigeria Law School on Tuesday said that 4790 candidates were successful at its August/ September 2018 Bar Final Examinations and 161 of them made First Class.

The Director-General of the School, Prof. Isa Ciroma (SAN) disclosed this while presenting the candidates to the Body of Benchers at the 2018 Call to the Bar ceremony in Abuja.

“A total number of 5,846 students participated in the examination.

He said that the general performance, which he described as unprecedented, justified the huge investment and sacrifice made by all stakeholders.

He said that the school would put more efforts to sustain and surpass the attained record, adding that as long as its students were willing to excel, the school would avail them the opportunity to achieve their goals.

He explained that the graduates have successfully completed their vocational training at the school as prescribed by the Legal Education Act and have met the conditions set by the Council of Legal Education.

Also speaking at the occasion, the Chairman, Body of Benchers, Alhaji Bashir Dalhatu, described the 2018 ceremony as unique.

He said it was the first in history of the country the school was graduating 161 students with First Class degree.

“The bottom line is, we should have a system of law teaching and practice which is up to standard and of which we are all proud of and can be defended at any given point”, Dalhatu said.

He charged the graduates to imbibe professionalism and stick to the truth, guided by their conscience and the law.

He also urged the senior colleagues in the profession to mentor the young ones who desire to learn from them.