Fellaini's late goal send Man. United into Round of 16 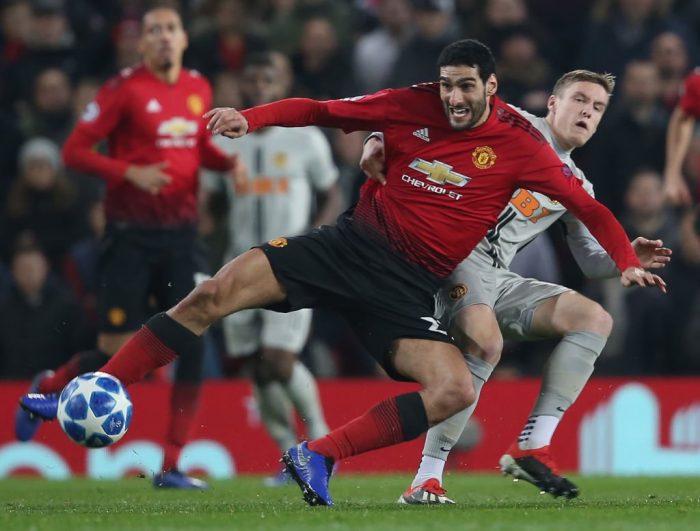 Marouane Fellaini’s injury-time winner gave Manchester United a dramatic victory over Young Boys and sent his side into the last 16 of the Champions League.

With Juventus beating Valencia to remain top of Group H, United knew victory would send them through too but an all-too-familiar unconvincing home performance had seen them struggle to make the breakthrough.

As the board was put up to signal three minutes of injury time, United were still looking for their first goal at Old Trafford in Europe this season.

It arrived seconds later, when Fellaini collected Luke Shaw’s pass in the box, held off Loris Benito and turned to fire into the bottom corner.

BBC reports that the goal brought a delirious reaction from United boss Jose Mourinho, who flung a basket full of water bottles to the floor in celebration.

It was United’s 21st effort at goal, but they had seen Marcus Rashford and Fellaini waste their best efforts and appeared to have run out of ideas as the game entered its closing stages.

Fellaini came to the rescue, and means United can go to Valencia for their final game with their progress secured and with a chance of topping the group still alive too.