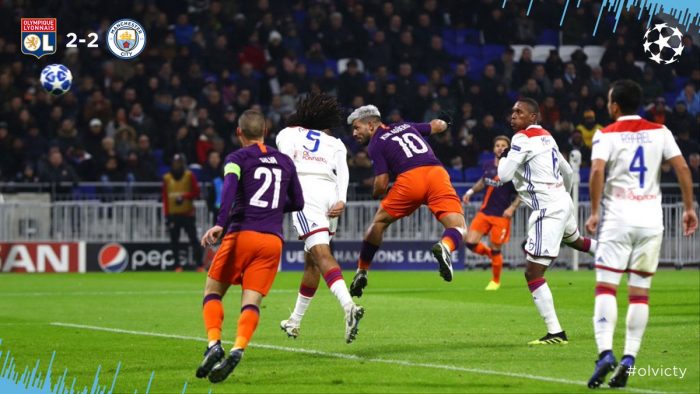 Manchester City reached the Champions League last 16 as Sergio Aguero rescued a draw in Lyon which means topping Group F remains in their own hands.

According to BBC, Lyon wasted several chances before Maxwel Cornet rifled in an angled drive to give them an early second-half lead.

Aymeric Laporte quickly levelled with a header but Cornet fired in again to put Lyon on top.

However, Aguero reacted quickest to flick in a header two minutes later to earn City what could be a vital point.

City remain top of Group F on 10 points – three clear of Lyon – meaning a draw in their final game against Hoffenheim will be enough to progress as group winners.

Finishing top would ensure City will not be drawn against another group winner – with the likes of Real Madrid, Bayern Munich and Juventus currently topping their groups – in the last 16.

Lyon looked set to join City in qualifying for the knockout stage with the draw, until Shakhtar Donetsk scored a late winner for a 3-2 victory at Hoffenheim.

The French side still need a point in their final game against Shakhtar in Ukraine to progress.