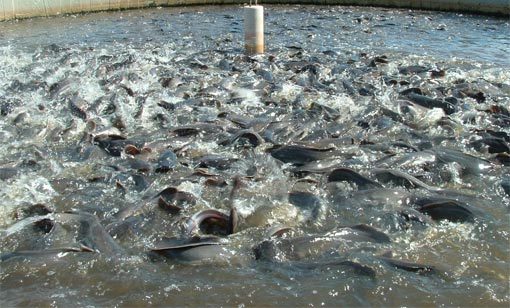 No fewer than 2,700 applicants in Enugu State have received training on fish farming, powered by National Fish Association of Nigeria, South East zone.

The National Vice President of the association in the zone, Mr Patrick Mbah disclosed this on Wednesday in Enugu.

Mbah said that the training, which lasted for three months focused on basic knowledge on promoting local international market on fish value chain.

He said that the training became necessary following the experiences of some fish farmers in the state that previously got loans, but recorded loses due to lack of the requisite knowledge in fish farming.

He said that the training would also help reduce unemployment as the beneficiaries would have benefitted from a life-changing scheme.

“The reason for this training is to give the beneficiaries the opportunities to secure bank loan for fish farming and be able to utilise same effectively.

“Sometime ago, some fish farmers in the state got loans of up to N3 million but experienced loses due to lack of experience,” he said.

Mbah said that the South East had become a major player in fish farming.

He, however, said that the issue of land was a major challenge for fish farmers to thrive due to communal ownership of land in the area.

“We want to do cluster farming as a means of reducing this challenge as well as helping our members get access to land resources,” Mbah said.

Also, the National Publicity Secretary of the association, Mr Chidike Ukoh said that fish farmers would help reduce importation of fish into the country.

Ukoh said that fish farmers in the country cumulatively produce 1.1 million metric tonnes of fish while the national requirement was 3.5 metric tonnes annually.

“If fish farmers are encouraged with the necessary incentives, it will go a long way to reduce the national wage bill.

“Fish is nutritious and guarantees income for the farmer and the nation,” he said.

Ukoh, however, said that fish farmers in the zone were finding it rough due to lack of the necessary equipment such as smoking kilns for processing of fishes.

He said that the necessary incentive needed to be put in place to encourage fish feed millers.

Uko called on the governments at all levels to assist fish farmers by providing the enabling environment for them to do business.