2019: The illusion of Oby and other rookies 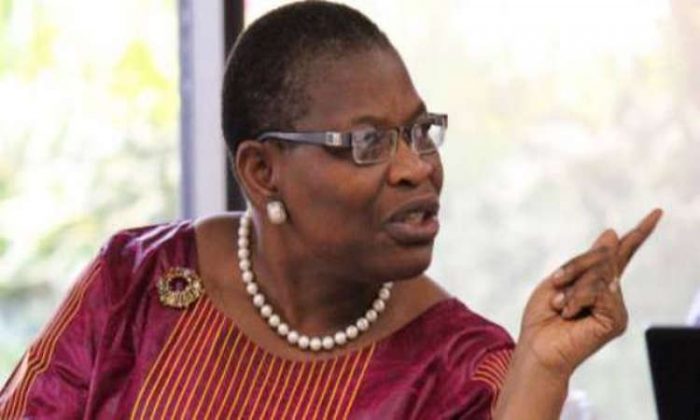 Oby Ezekwesili caused quite a stir on Sunday on Abuja streets. Even as the ruling APC and the main opposition PDP continued to trade insults days after individually presenting their election manifestos ahead of what promises to be a grudge “rematch” in 2019, the presidential candidate of the Allied Congress Party of Nigeria opted to share pamphlets to folks gathered probably more out of curiosity than solidarity.

In her own estimation, that roadshow should suffice as answer to the growing taunts that she is bidding for the highest office in the land without a structure. So, the street campaign strategy is to make up for her obviously lean pocket for the campaign in the countdown to the elections due in roughly 80 days.

Hear her rather simplistic argument: “What we’re doing is distribution (of booklets and leaflets), because a lot of people do say, ‘Where is your structure?’.”

While Oby’s commitment to save Nigeria has never been in doubt and her courage to step forward now and bid for power must be saluted, she cannot evade the reality check.

With the confidence she pontificated, we are tempted to suspect Oby might have been burning the midnight candle understudying the Lula model. The man who had barged onto Brazil’s political scene in the the first decade of this millennium similarly came empty-handed. Lula da Silva also started by sharing leaflets at city squares with the stalking tenacity of the proverbial Jehovah Witness in Nigerian speak.

Before the existing right-leaning political establishment knew it, he had captured the people’s imagination sufficiently to win the presidency. Between 2003 and 2010, he would inspire a populist fairytale never seen in the history of the Latin American country.

However, the pretender thinking the Lula formula could easily be transposed to Nigeria today is hardly prepared to answer one hard question: do they have a ready critical mass behind them like the fanatical labour movement that enforced Lula’s victory back in Brazil in 2003?

Without wishing to dampen the spirit of the likes of Oby who I am sure are getting involved for purely altruistic reason, the bitter truth is that they stand no fighting chance with the prevailing national leadership recruitment process. Only those who had run for presidency before and got thoroughly squeezed are perhaps best placed to attest that the arena is certainly not for those with modest means or where you count on luck instead of commonsense.

How utterly naive of Oby then to downplay the challenge of election day. Were the motive behind her current exertion the mere thrill of participation or the symbolism, such characterization could be pardonable. But if indeed it is to capture power, then more rigour is certainly required.

While it may be possible now to leverage modern tools like social media to minimize spend on publicity which would have been prohibitive in the old media, the zestful presidential candidate will sooner than later find that the first real acid test actually awaits them on the eve of election: where to recruit incorruptible agents and how to mobilize such foot soldiers to defend their interest at each of the well over 100,000 polling stations located in the 774 councils across the 36 states of the federation and the Federal Capital Territory. That outing alone requires billions of naira.

Of course, that is always the first fortification against being rigged out.

While the novelty of card reader in 2015 and the promise of electronic transmission of results by INEC this time will alter the character of tabulation and summation from what we are used to, nothing suggests a change yet in the human factor – the siege by those representing potentially the 91 political parties in the contest.

In reality, the party agent constitutes the first line of defence on Election Day. It is at this point the more established parties bring their weight to bear through sharp practice referred to as “Cooperative Society”. Once the agents of “lesser” parties are compromised, the field is cleared for the dominant ones to manipulate the results to favour their paymaster, but not without the active collaboration of unscrupulous presiding electoral officials.

Of course, once you are not captured in the results originated from the polling station, it is needless attending the collation centre thereafter, unless as spectator or “election monitor”.

This is the stark reality at the moment. It probably explains why the variable of personal popularity had always counted for little or less in electoral transactions in the country till date.

Indeed, if national visibility, demonstrable credibility and articulation of a seductive vision are all it requires to win the presidency, immensely popular and articulate Gani Fewehinmi would have easily won in 2003 on the platform of National Conscience Party. Popular journalist, Dele Momodu, similarly put up a brave fight for the presidency in 2011, framing Obama-style messages targeting mainly the nation’s millennials. But at the end, he had bitter tales to share, including being swindled of his cash by some sharks in one of the very parties he associated with.

Given the referenced institutional barrier, one therefore shares the view that it would perhaps have been more prudent if folks like Oby had chosen to fish in little political river with better prospects of victory rather than spreading their scant net too thin in the vast ocean without hope. For instance, what would have stopped her from scaling down by contesting the chairmanship of Abuja Municipal Authority where her vision of the good society can be pursued with a view to making it an island of success and the progress made easily measurable along the journey?

On the other hand, Yele Sowore would make a great senator. It is a lot surer to put a bet on him for the senate or Reps had he sought to parlay his cult-following among the student population to, say, seeking to represent the mainland in Lagos on the platform of debutant African Action Congress with huge campuses at UNILAG, YABATECH and LASPOTECH.

Needless to stress that true visionary doesn’t always have to insist on capturing federal power to bring about the progress our society badly needs. The lowly placed counselor who keeps faith with the oath of office is, let it be said, already advancing their community in their own little way. It is when such islands of exception are aggregated that we can then aspire to evolve the archipelago of redemption for the country futuristically.

That miracle is however not likely to happen in one or two election seasons. In fact, the first real test is knowing how to judiciously invest limited political capital to make maximum impact.