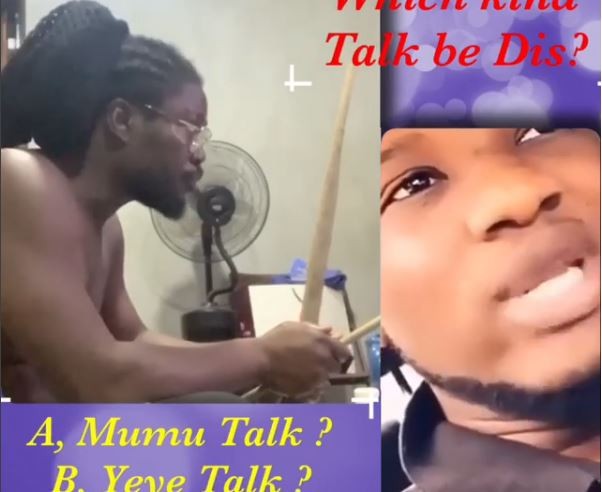 The galala singer took to Instagram to asked what kind of mindset was behind such statement and where he’s from ? He gave 3 options under which such statement can be categorised: yeye talk, mumu talk or wise talk.

He accompanied the write with a short video where he was holding a cane and watching Deeone as he made the statement of Nigerians deserving just 2 hours of power. He made gestures like he wants to cane the former BBNaija house.