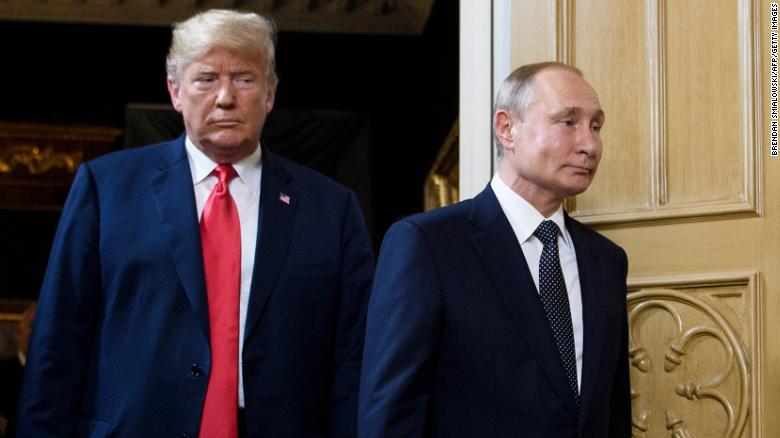 Trump said he pulled out due to tensions over Russian forces opening fire on Ukrainian navy boats and then seizing them and their crew on Sunday near Crimea, which Russia annexed from Ukraine in 2014.

His decision also comes as a federal investigation into his 2016 election campaign’s ties to Russia is intensifying. Trump’s former lawyer Michael Cohen pleaded guilty on Thursday to lying to Congress about a proposed Trump real estate project in Russia.

“Based on the fact that the ships and sailors have not been returned to Ukraine from Russia, I have decided it would be best for all parties concerned to cancel my previously scheduled meeting in Argentina with President Vladimir Putin. I look forward to a meaningful Summit again as soon as this situation is resolved!” Trump tweeted.

Trump’s tweet, from aboard Air Force One shortly after takeoff from Washington on the way to Buenos Aires for a Group of 20 summit, was a sudden turnaround.

Roughly an hour earlier, he had told reporters he would probably meet with Putin at the summit and said it was “a very good time to have the meeting.”

Trump’s cancellation marked a dramatic change in tone. In the past he has repeatedly stressed his desire for a warm relationship with Putin. When the two leaders met in Helsinki in July, Trump refused to criticise Putin and drew fire at home.

His announcement appeared to catch Moscow by surprise, with Russian officials getting their first news of it from the media.

Kremlin spokesman Dmitry Peskov told RIA news agency that the Kremlin regretted Trump’s decision and said Russia is ready for contact with him.

“A cancellation means that the discussion on key international issues is being postponed indefinitely,” Peskov said.

Trump based his move on advice from senior advisers who have taken a harsher tone toward Russia than he has. He was briefed on Air Force One by Secretary of State Mike Pompeo, White House chief of staff John Kelly and national security adviser John Bolton, White House spokeswoman Sarah Sanders said.

Bolton has pushed for Trump to withdraw the United States from the Cold War-era Intermediate-Range Nuclear Forces treaty over what U.S. officials called Moscow’s violation of it.

U.S. officials are watching with alarm the crisis surrounding Ukraine.

Ukrainian President Petro Poroshenko on Thursday accused Putin of wanting to annex his entire country and called for NATO to deploy warships to a sea shared by the two nations.