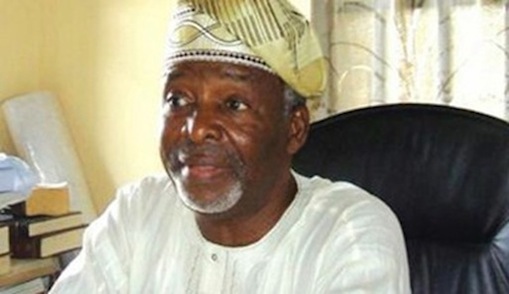 The national leader of the All Progressives Congress (APC), Asiwaju Bola Tinubu, on Saturday described the late Dr Fredrick Fasehun as a renowned pro-democracy and good governance activist who left behind fine legacies.

Fasehun, also an active member of National Democratic Coalition (NADECO), died at about 1am on Saturday, at the intensive care unit of the Lagos State University Teaching Hospital, Ikeja (LASUTH).

In a statement issued by his Media Officer, Mr Tunde Rahman in Lagos, Tinubu said that Fasehun was a committed democrat, tested political player and Yoruba nationalist.

He charged the Fasehun family and other associates of the late leader not to allow his fine legacies to die.

”I say all of that because I knew him well. We related very closely.

”He was known for his Yoruba nationalistic fervor. Like an Afenifere chieftain that he was, he fought stridently for the Yoruba cause.

”He canvassed true federalism and political restructuring. He fought as well for the cause of the Nigerian nation.

”The good thing about Baba is there was never a time that he sat on the fence,” he said.

Tinubu said that though the late Fasehun was a trained medical doctor, he was very active politically.

”He founded the Oodua Peoples Congress to actualise June 12 but espoused non-violence.

”Nonetheless, he remained a thorn in the flesh of the military. It was therefore no surprise that Dr Fasehun was imprisoned for 19 months from December 1996 to June 1998 by the Gen. Sani Abacha regime,” Tinubu said.

The APC Leader said that late Fasehun participated actively in politics when democracy fully returned to the country.

”From being an Alliance for Democracy sympathiser in 1999 to 2003, he moved to the front stage.

”Perhaps, one of his last political acts was an attempt at reviving the Unity Party of Nigeria formed by the late sage, Chief Obafemi Awolowo, by giving the same name to the party he later formed.

‘There was also something remarkable about Baba: his love for Lagos. Though born in Ondo in Ondo State, he spent the most part of his life in Lagos.

”It was here that he situated his medical hospital, the Besthope Hospital and Acupuncture Centre, and his hotel business – the Century Hotel,” he said.

Tinubu said that Fasehun would be greatly missed.

”I commiserate with the government and people of Ondo State. My sympathy and condolences particularly go to the Fasehun family at this moment.

”I hope and pray that God Almighty imbue them with the courage and strength to carry on.

”I enjoin them to continue with the fine legacies left behind by Baba. May Almighty grant Baba eternal rest,” Tinubu said.