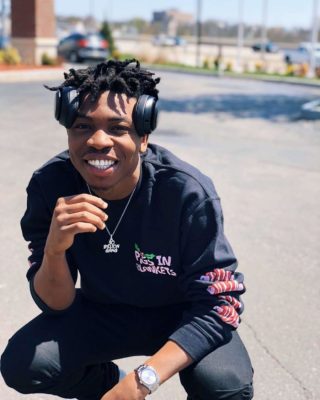 Mayorkun’s debut album ‘The Mayor of Lagos’ (TMOL) hit  number 15 on The Billboard World Album Chart for the week of Nov 15, 2018.

News Agency of Nigeria reports that the Billboard magazine released the list of its most recent Billboard Hot 100 on its official website just before midnight on Nov 30, 2018.

The Billboard Hot 100 is the music industry standard record chart in the United States, for songs published weekly by Billboard magazine.

The fast rising star, who is signed to Davido Music Worldwide (DMW),  confirmed his inclusion on the list for this week on his social media page

He wrote @IamMayorKun “Too Grateful.

“We made it to @billboardcharts #TMOL is #15 on World Album Charts.”

TMOL consists of 15 tracks and features some famous Nigerian and African artistes including D’banj, Davido, Patoranking and Sarkodie.

Prior to the release of this album on Nov 16, 2018, Mayorkun had dropped some hit singles including his debut single Eleko, Mama and Che Che.

Mayorkun will hold his album launch and first major concert since the release of TMOL, on Dec 14, 2018 at the  Balmoral Event Centre, Federal Palace Hotel in Lagos