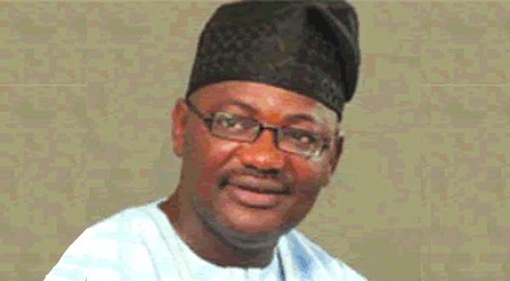 GNI, while unveiling his manifesto at a ceremonial hall in Okemosan said his manifesto would power the Greater Ogun State Agenda.

“In a short while from now, I will be presenting our programmes that will power the Greater Ogun State Agenda; which we have diligently called, “7 Steps to Abundance”.

“However, it is appropriate to contextualize where we are coming from, where we are now and where we should be as a state. Between 1976 and now, Ogun state has evolved in terms of socio-economic and physical growth having progressed from the rustic civil service state to an emerging hub in the West African sub-region.

“Yes, we have taken huge leaps forward, but we are still punching below our weight in terms of development and exploitation of our inherent potentials. The core of the conversation around development is about the economy and how it is managed for the welfare of the people and to this end, the state is still largely restrained and remains a bundle of possibilities.

“In terms of human capital development, we always scored first, even though that is no longer the case despite our early exposure to education; a situation that earned us the reputation as arguably the most educationally advanced state in the Nigerian federation.

“Ogun State has evolved in terms of socio-economic and physical growth having progressed from the rustic civil service state to an emerging hub in the West African sub-region.

“The fundamental aim of governance is about development, and I believe it is about creating an environment in which people can develop their full potentials and live a healthy, happy and productive lives in accord with their belief and interests; but this can only be sustained if it meets the needs of the present, without compromising the ability of future generations to meet their own needs,” he said.

Earlier in his speech, the Ogun ADC Chairman, Otunba Bolade Osinowo described GNI as a brilliant, a very effective administrator, reliable and a brave phenomenal who combined opportunities.