Why I chose Hamzat as my running mate — Sanwo-Olu 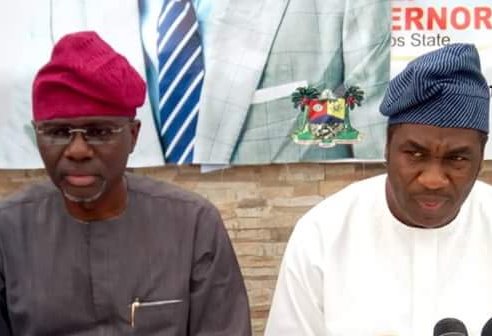 The Governorship Candidate of the All Progressives Congress(APC) in Lagos State, Mr Babajide Sanwo-Olu, on Sunday said he chose Dr Obafemi Hamzat as his running mate because he would make a capable deputy.

Sanwo-Olu told the News Agency of Nigeria (NAN) in Lagos that Hamzat is a man with high level of knowledge and skills that would help make the difference in the state.
”Femi and I have been friends for well over 15 years. I know his strength and I know he is a capable man, and I know he is a competent individual.

”I know his pedigree, the value, the level of integrity, knowledge and skills that he has. I’m not in any doubt that he would not only be a strong supporter of my campaign and programne, but he will also be a capable deputy that will help make a difference in Lagos.
”It is two good hands in the narrative of Lagos State, ” he said.