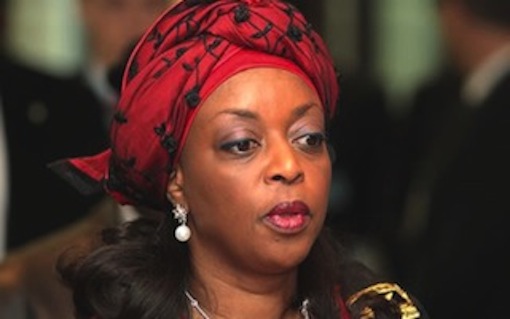 Alison-Madueke and Omokore, are to be arraigned on five counts bordering on conspiracy and illegal act of accepting and giving gratifications.

Trial judge, Justice Valentine Ashi, granted the EFCC leave, after the prosecution counsel, Mr Faruk Abdullahi told the court that while investigations were on going, the former minister left the country and is currently in the UK.

Justice Ashi, also ordered the EFCC to put its house in order.

He alleged that Alison–Madueke, refused to honour an invitation by the EFCC to appear at the commission.

The suspects, are to be arraigned for allegedly accepting and giving gift of properties described as penthouse 22,Block B, Admiralty Estate, Ikoyi, and penthouse 21, building 5, block C, Banana Island, Lagos.

The EFCC said the alleged offence, contravened the provisions of Sections 26(1) and 17 of the Corrupt Practices and Other Related Offences Act, 2000.

The prosecutor, Mr Faruk Abdullahi told the court that while investigations were on going, the former minister left the country and is currently in the United Kingdom.

He also said that on invitation by the EFCC Mrs Madueke refused to honour the invitation but all process are set in place to ensure she comes back to face trial.

The counsel for the second defendant, Tayo Adeniyo SAN, told the court that his client was not served with the charges and his client was read to clear his name.

NAN reports that on Nov. 11, the EFCC confirmed that the process to bring back a former Minister of Petroleum, Alison-Madueke, from the United Kingdom has begun.

Acting spokesman of the Commission, Mr Tony Orilade, disclosed this in an interview with News Agency of Nigeria in Abuja.

According to Orilade, EFCC’s Operations Department had made presentation to the Legal Department to commence the process, noting that the process has commenced.
He, however, said that the action had to be processed through the office of the Attorney-General of the Federation, explaining that it was not something the Commission could commence and conclude on its own.

“It is ongoing. Within the next few weeks, the extent to which we have gone will be made known to the public.

“This request to have Mrs Alison-Madueke repatriated to Nigeria is just an aspect of Diezani’s investigation and commencement of trial,” he said.

In 2017, a Federal High Court in Lagos ordered the final forfeiture of N7.6bn alleged loot recovered from the former minister to the Federal Government.

Justice Abdulazeez Anka granted an application by the EFCC seeking the final forfeiture of the money to the government.

Granting the application, the judge had said: “I have read the motion on notice seeking the final forfeiture of the sum of N7.6bn reasonably suspected to be proceeds of unlawful activity.
“I have also gone through the affidavit in support of the application.

“In the circumstances, I am of the view that the application has merit and is hereby granted as prayed. Parties have a right of appeal.”

In October, 2017, the Minister of Justice and Attorney-General of the Federation, Abubakar Malami, had said that Nigeria had no immediate plan to bring Alison-Madueke back home to face trial.

Alison-Madueke, who is being investigated in the UK, had urged the Federal Government to have her repatriated to Nigeria to face corruption charges against her.