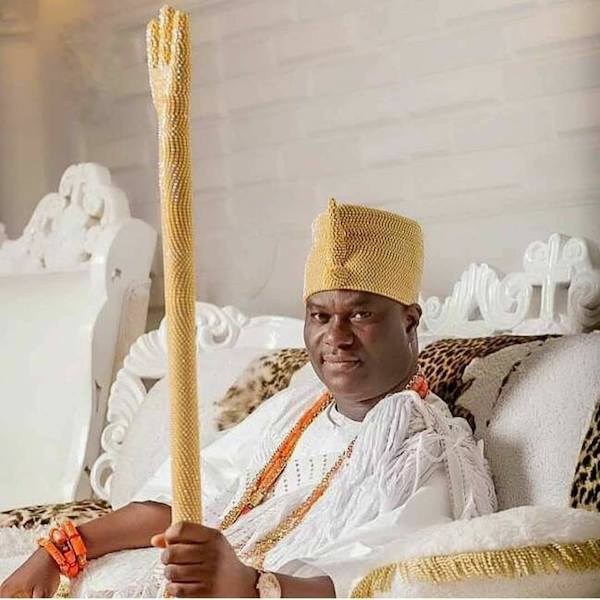 Toluhi Adedamola,19, in the early hours of Monday emerged winner of the 2018/2019 edition of the Queen Moremi Ajasoro (QMA) beauty pageant.

Adedamola defeated other 21 finalists in Abeokuts.

The new queen, who was Miss Surulere 2017, broke down in tears of excitement and joy as soon as the result was announced.

The young model and make-up artist, who is 6.2ft tall, said in her acceptance speech, that her first mission would be to work with the motherless homes to care for disabled and needy children.

The Ooni of Ife, Oba Adeyeye Ogunwusi, who initiated the project, said the aim was to promote the Yoruba culture among the youth to prevent it from extinction.

Ogunwusi thanked Gov. Ibikunle Amosu of Ogun and his wife, Olufunso, for accepting to host the event in the ancient city of Abeokuta.

The monarch presented a brand new car and N1million empowerment fund to the winner.

He added that the new queen automatically becomes the cultural ambassador to the Ooni and would enjoy the privilege of being part of his foreign trips’ entourage.

The car was officially presented to Miss Adedamola in the presence of her mother, outside the premises where she had a demonstrative drive.

He also said that Agbara, the first runner-up, would go home with N750,000 cash gift while Oluwaseyi would receive N500,000 cash gift.

The monarch added that every other contestant would go home with N200,000 cash gift to compensate them for their efforts.

He also presented a cultural collage to Sen. Amosu for his kind gesture by hosting the event in his state and to appreciate the efforts by his his wife toward the success of the event.

Gov. Ibikunle Amosu, in his response, expressed his gratitude for the gift from Ooni.

The governor said that what took place in Abeokuta was a cultural boost to the state.

“I am really honoured to host this memorable event. It is actually my wife who is at the forefront of this project, it is a laudable cultural tourism that will boost our economy,” he said.

He also said that the contestants had done really well, and deserved commendations from all.

Speaking to newsmen, the cultural ambassador, Princess Ronke Ademiluyi, said that part of the requirements used in the selection was that a contestant must be between ages 18 and 25.

She added that others include: such a contestant must be an undergraduate and at least one of her parents must be Yoruba.

Ademiluyi said that the contest, initiated by Oba Adeyeye was aimed at boosting various Nigerian cultures among young girls with special emphasis on the Yoruba culture.

”The contest showcases our culture which is really important to the Ooni of Ife, it encourages young ladies to discover and learn more about their culture.

“This whole initiative about the queen is to project leadership roles in the future of our young girls as legendary Queen Moremi Ajasoro did during her life time.

”The contest showcases the strength of a woman, which dates back to thousands of years, in encouraging young ladies to be selfless and be committed to nation building,” she said.

She also said that this year’s edition was the third since it was started in 2016.

She added that the 2018 version started with a 10-day-camping in Ile Ife for the contestants.

”The rationale behind this project is to host the cultural contest in different Yoruba states each year. In 2016, it was in Ife.

Woli Arole was our celebrity judge and assisted by other professional judges, she said.

Earlier, the organisers had read out the rules and the regulations that would guide the winner before the results were announced.

These include: that new queen must participate in all activities of the team without any complaint, must not contest in other pageants while in office.

She must be a good ambassador of the Ooni, must not carry out any activity without permit and may be dethroned if found wanting.

The 2016 maiden winner, Blessing Animashaun, was part of the royal entourage to United Kingdom in 2017, while 2017 winner, Shola Shittu, joined the team to Brazil and the USA in 2018.

Dignitaries that attended the event include royal fathers from the South West States, led by Oba Ogunwusi, and his wife, chiefs, politicians and their wives.