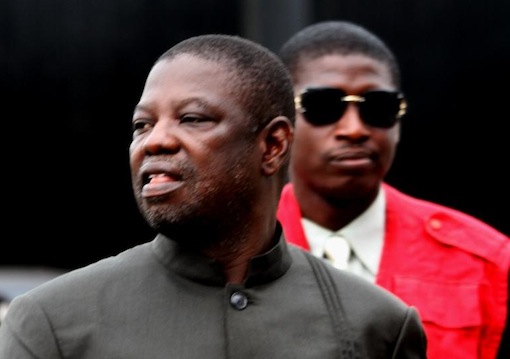 A Federal High Court in Lagos will on Dec. 19, continue the trial of a former Acting Director-General of NIMASA, Haruna Jauro.

The case which was scheduled for continuation of trial on Monday could not proceed as planned because the court did not sit.

Jauro is standing trial over alleged N304 million fraud. The charge was preferred by the Economic and Financial Crimes Commission (EFCC).

Jauro was charged along with one Dauda Bawa and Thlumbau Enterprises Ltd., on a 19-count charge bordering on theft, fraudulent conversion of NIMASA’s property to private use and money laundering.

They were accused of committing the offences in NIMASA from January 2014 to September 2015.

They were arraigned on April 12, 2016, but pleaded not guilty to the charge.

The court admitted them to bail in the sum of N5 million each with two sureties each in like sum.

The News Agency of Nigeria (NAN) reports that the prosecution had since closed its case after conclusion of a trial-within-trial ordered by the court at the instance of the defence.

The defence, thereafter, opened its case and is still bringing witnesses for evidence.

At the last adjourned date, on Nov. 12, defence counsel, Mr Olalekan Ojo (SAN), informed the court that the second Prosecution Witness (PW2), who he intended to recall for evidence, was absent in court.

The PW2 is a staff member of NIMASA.

Citing various judicial and statutory authorities, Ojo told the court that the defence was at liberty to recall a witness who had been called by the prosecution.

According to him, the witness was unable to attend court due to some circumstances.

In response, prosecution counsel, Mr Rotimi Oyedepo, argued that Section 256 of the Administration of Criminal Justice Law provided that the court could even call a witness already called by prosecution.

Oyedepo claimed that the defence was attempting to stall trial.