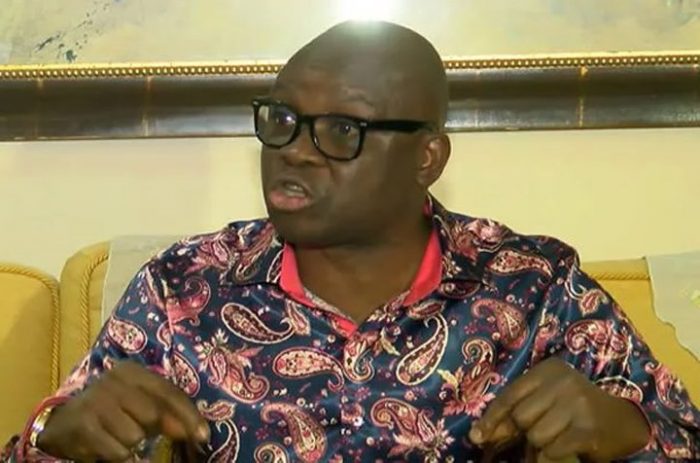 Former governor of Ekiti State, Ayodele Fayose has asked the Muhammadu Buhari administration to explain what it did with the $1 billion withdrawn from the country’s excess crude account to fight Boko Haram since the military has denied receiving the money.

In a tweet on Monday Fayose said 12 months ago, he kicked against the decision by the Nigerian government to withdraw the money from the excess crude account to fund the fight against Boko Haram but all to no avail.

He asked that now that the military has denied receiving the money, the government should explain its whereabouts.

”12 months ago, I kicked against the FG decision to withdraw $1bn from the Excess Crude Account to fund the fight against Boko Haram. Three days ago, the military said it was yet to receive the $1bn. So I ask, where is the money?
May God save our country.”