Connecting the Dots of Corruption: How Individual Greed Has Crippled Nigeria 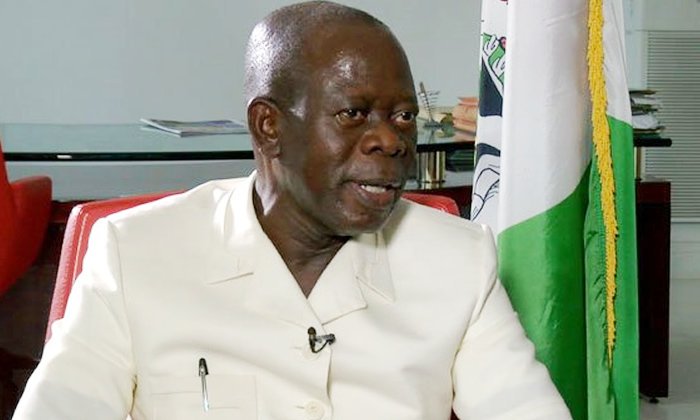 Last week I was introduced to a young man who just “won” his party primary election and will be on the ballot in 2019, representing his constituency in the Oyo State House of Assembly on the platform of the All Progressives Congress (APC). I was told he was given his father’s “slot”. This young man just finished his national youth service. He has no experience working or volunteering for anything. He will now “represent” those whose needs he does not know. Across the South-West this political season, several young men have been handed safe political seats for reasons of pedigree, not merit. It used to be jobs that are shared among the powerful and connected. Now, it is everything, and anything that lends itself to sharing. Unequal access, unequal opportunities and clan-based thinking is the reason why we found ourselves in the present hole we are in. Unfortunately, we have not stopped digging. As a people, we do not think, we do not reflect on how our individual actions costs our society in big ways. Every job, contract, political position, opportunity, etc., is now parceled out as slots to be given as benefits. At every turn, the country is denied the opportunity of having the best people in the necessary positions. We do not think of how individual actions sabotage Nigeria’s greatness. The best person is deprived because he is not connected. The ecosystem of work and politics is permeated by incestuous relationships. There is no diversity, no merit and, of course, no excellence.

Our lack of reckoning and buck passing betrays our almost congenital inability to think deep, connect the dots and see how we are ruining the country collectively. We blame leaders for everything, refusing to see how we extend corruption in our homes, our spheres of influence and how the cancer of corruption has infected every facet of our daily lives.

We are plagued by a plethora of corruptions. On the political scene, the defections and shenanigans of politicians in the two major political parties, the All Progressives Congress (APC) and the Peoples Democratic Party (PDP) have shown that the goal of politics in Nigeria is to gain power for corrupt access to public resources. There is no single ideological difference between both parties; their composition remains a fluid elite conglomerate. Despite their pretentions, political parties are run on misappropriated public funds. Party bosses corrupt the political process by not encouraging internal democracy and through high-level interference in candidate selection processes. Party operatives, realising how important they are in candidate selection, often monetise their influence. That is how we end up with office holders who seek to recoup their investments and are not accountable to the electorate.

The tell tale signs of how corruption sets us back can be found in the ongoing construction of the Lagos-Ibadan expressway. Budgetary appropriation for the project was thrown into a tailspin, and legislators diverted a large chunk of the money meant for an outdated trunk A road for questionable constituency projects. The National Assembly and thirty-six state houses of assembly were put in place according to our system of government, as a check against executive recklessness and corruption. They have the power to approve and adjust budgetary expenditures, confirm appointments, and perform oversight roles on government activities. Instead of performing these functions, they simply leverage their oversight roles to solicit kickbacks, pad the budget with constituency projects and use legislation to establish new, duplicate government bodies where they can dispense favours to their vassals.

Despite a ballooning population and dwindling revenues, many agencies exist whose functions have no impact on our daily lives. What is the impact of the millions of dollars budgeted for the National Space Research and Development Agency, the Defence Space Administration, and Nigerian Communications Satellite Limited?

How unthinking that legislators fail to understand the economic importance of the only road connecting Nigeria’s foremost seaport to the hinterland? Why are those whose charge it is to improve our safety and economic well-being unconcerned by the loss of productivity occasioned by the perennial traffic jam on the Lagos-Ibadan expressway and the needless loss of lives due to craters on the road? Imagine the detrimental cost of the diversion of funds for the project. Imagine the economic boost an infrastructural investment of this type can bring. This is one of many examples of official corruption that cuts across sectors of the economy.

There are civil servants today who are richer than their ministries. Apart from kickbacks, envelope budgeting allows them to budget for the same things, whether these are needed or not. Unspent funds are shared at the end of the year, instead of returned to the treasury. Despite a ballooning population and dwindling revenues, many agencies exist whose functions have no impact on our daily lives. What is the impact of the millions of dollars budgeted for the National Space Research and Development Agency, the Defence Space Administration, and Nigerian Communications Satellite Limited? The Biotechnology Development Agency operates twenty-six centres cross country. Have you ever heard of these government bodies? What do they do? What are the benefits of these agencies to Nigerians? What are the economic returns on their significant budgets? What if the budgets meant for these agencies had gone into building hospitals, training healthcare providers and renumerating them? We do not have nuclear reactors, yet we have an Atomic Energy Commission and Nuclear Regulatory Authority. These agencies do not serve any purpose proportional to their sizes and budgets. One can only say these establishments are conduits for bureaucratic corruption.