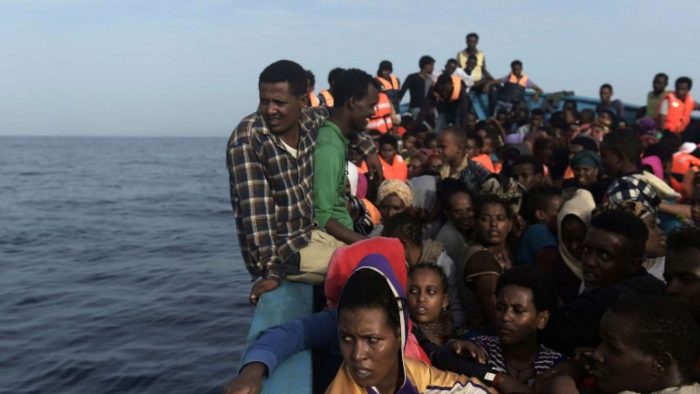 African countries fighting the scourge of irregular migration and human trafficking are to benefit from European Union bank’s youth empowerment to the tune of $1 billion.

The EU Ambassador to Nigeria and ECOWAS, Mr. Ketil Karlsen, disclosed this on Tuesday in Benin, at the lunch of Managing Migration Through Development Programmes (MMDP), Coordination Matrix.

He commended the efforts of Governor Obaseki and President Muhammadu Buhari, which he said has seen Nigeria dropping​ to sixth position in countries providing irregular migrants to Europe.

Karlsen, however, warned that the EU would not fund any state operating in isolation without involving local stakeholders.

Speaking at the event, the Edo State Governor, Mr. Godwin Obaseki, called for collaborative effort among stakeholders​ in curbing the scourge of irregular migration and human trafficking.

He assured that his government would create a platform for better collaboration and cooperation among stakeholders, avoid duplication of efforts and improve efficiency in migration management.

He said the state government had in the last one year, entered into collaboration with key partners which has significantly changed the narrative as regards the fight against the scourge.

“Since the lunch of Round Table Dialogue in Abuja in May this year, several partnership had been given birth to which have contributed to the success stories” Obaseki said.

The Minister of Foreign Affairs, Geofffery Onyema, who was represented by Martin Eze, disclosed that ​over 8,000 Nigerian migrants trapped in Libyan prisons have been evacuated and returned home.

He said the resettlement of returnees waas at the heart of federal government’s intervention programme.

“More efforts need to be made in this direction, more so as thousands of migrants are still trapped in various Libyan migrant cells.

“There should be unrelenting efforts in sensitising our youths on the dangers inherent to irregular migrational all levels,” he said.

Onyeama appealed to foreign partners, especially countries in EU to smoothen their visa issuance process to make it easy eligible Nigerians who have genuine reasons​ to travel.

The Comptroller-General of Nigeria Immigration, Mohammed Babatdede, was reprented at the even by the Comptroller, anti human trafficking section, Mrs. Sadat Hassan.