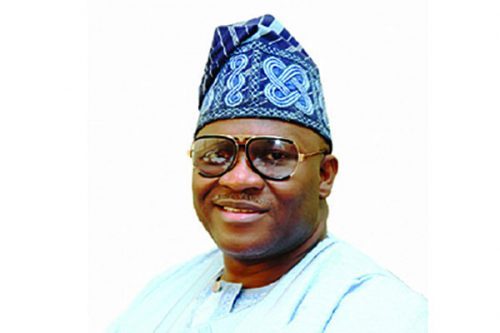 A Lagos lawmaker, Mr Tunde Braimoh, on Wednesday urged politicians not to denigrate President Muhammadu Buhari during campaigns, regardless of political differences.

Braimoh, representing Kosofe Constituency II in the Lagos State House of Assembly, made the appeal in Ikeja.

He condemned allegations that the president was cloned.

“Let’s not forget that the President deserves some respect. When we don’t respect our President, then who will respect him for us? He is entitled to it (respect) as the President.

“Nobody should go to such length in the name of politics. It is hate speech; it is not in the best interest of our country.

“There should be a limit to the hypothesis, imagination and wild machinations.

“We should not become thoughtless and baseless in our campaigns. We should be careful so as not to breed violence through campaigns.

“We should not sow seeds of discord during the campaigns,” he said.

Braimoh also punctured insinuations by the Peoples Democratic Party (PDP) that there was hunger in Nigeria.

“We are trying to bring an end to hunger now. Buhari is trying to find a lasting solution to poverty and not a cosmetic one. It would have been worse if the PDP were to be in power,” he said.

The lawmaker said that Buhari had nothing to fear in the 2019 presidential election.

“Buhari will win the 2019 presidential election hands down because the people know that even if Buhari is not the best, the PDP candidate is not the alternative.

“When the time comes, Buhari will evolve better. It is very easy to destroy something, but it is difficult to build, except if we want to build something that will collapse soon,” he said.

Braimoh, the Chairman, House Committee on Judiciary, Human Rights, Public Petitions and LASIEC, urged Nigerians to be patient with the President.

According to him, the Lagos State Government will move to the next level of more prosperity, abundance, economic advancement and fulfilment of the ideals, yearnings and aspirations of the people after the 2019 elections.

The lawmaker, who is contesting for a second term on the All Progressives Congress (APC) platform, said he would continue to tackle ignorance, diseases and poverty if re-elected in 2019.

“I want to make life more abundant and attract social and physical infrastructure to my people,” Braimoh said.