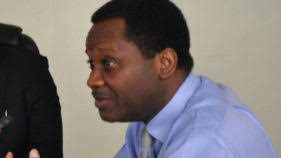 Irukera told the News Agency of Nigeria(NAN) in Abuja that the passage of the bill would take Nigerian economy to where it ought to be.

Bill was earlier passed by the two Chambers and transmitted to the President for assent.

The President returned it with some observations and the National Assembly was expected to work on it and transmit back to the President for assent.

The Senate on Dec. 5, then announced the reconsidering and passage of the bill.

Irukera said:”This is another big step in moving Nigeria to the place where it really should be with respect to competitive economy and consumer protection but, there are still a few steps left.

“But barely a year, we have been able to proceed in this manner which shows the level of commitment, attention and seriousness by both the executives and the legislature to this issue.

“You can see that there is certainly the will to pass competition legislation in Nigeria and to truly move it in the direction that we should be.

“We will continue to do the work and support the advocacy around the importance of how critical this is to the economy.

“As it is, by far the greatest legislative game changer for our economic expansion.” he said

The director-general reiterated the importance of the bill among which he said it promoted business which in the long run would lead to job creation.

” It promotes confidence in the economy to investors, it also promotes choices and quality for consumers and citizens and ultimately lowers prices.”

NAN reports that stakeholders at the forum to commemorate the 2018 World Competition Day in Abuja, called for the speedy passage of the competition and consumer protection bill.