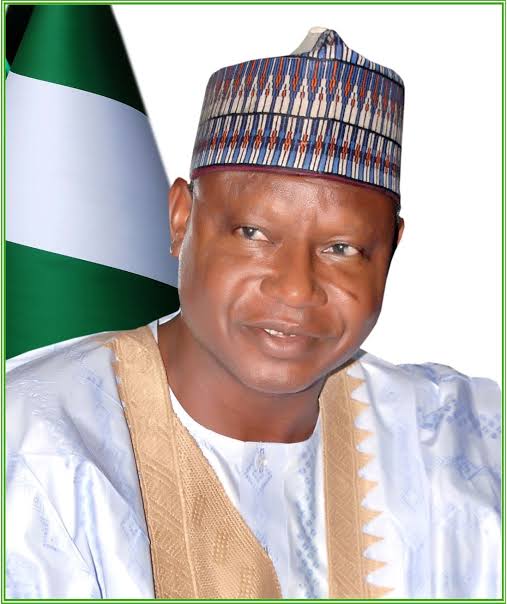 Alhaji Ibrahim Jibril, Minister of State for Environment, has been selected as the 13th Emir of Nasarawa emirate in Nasarawa state.

The emergence of Jibril as the new emir, followed the death of Alhaji Hassan Abubakar II, the 12th emir, who died earlier in Novembber after a brief illness.

The appointment was announced by the commissioner for Local Government and Chieftaincy Affairs in the state, Mr Haruna Osegba, on Thursday in Lafia.

He said Gov. Umaru Al-Makura, had already approved the selection of Jibril as the successor to late Abubakar 11.

The Nasarawa emir has over 30 years of working experience, 25 of which were spent as a Land Officer in the administration of the Federal Capital Territory, Abuja.

Jibril is a land reform specialist, a former Deputy Director, Development Control Abuja, and has worked with more than 5 FCT Ministers.

He was once the Director of Land Administration Department of the FCT.

He was a seasoned technocrat with specialisation in urban renewal, spatial data management and land information system Nasarawa Geographic Information System (NAGIS) where he became known as the “NAGIS’s Brain Box.”

Termed as a workaholic, strict disciplinarian, experienced and a corrupt-free technocrat by his colleagues and those whom have worked with him, Ibrahim holds the highly ranked traditional title of – Wamban Nasarawa.

Osegba said the governor has met with traditional rulers to ratify the decision of kingmakers from the emirate.

He disclosed that the meeting also ratified the selection of Mr Lawrence Sylvester Ayih, as the new ‘Abaga Toni’ of Toni kingdom to succeed his late father, Dr Sylvester Oho Ayih, who died in September 2017.

The commissioner said the governor was satisfied with the choices of the kingmakers and commended their maturity during the selection process.

He also congratulated the new first class chiefs for ascending the throne of their forefathers and wished them a happy and prosperous reign in their chiefdoms.

Tags:   Emir of Nasarawa   Minister of State for Environment