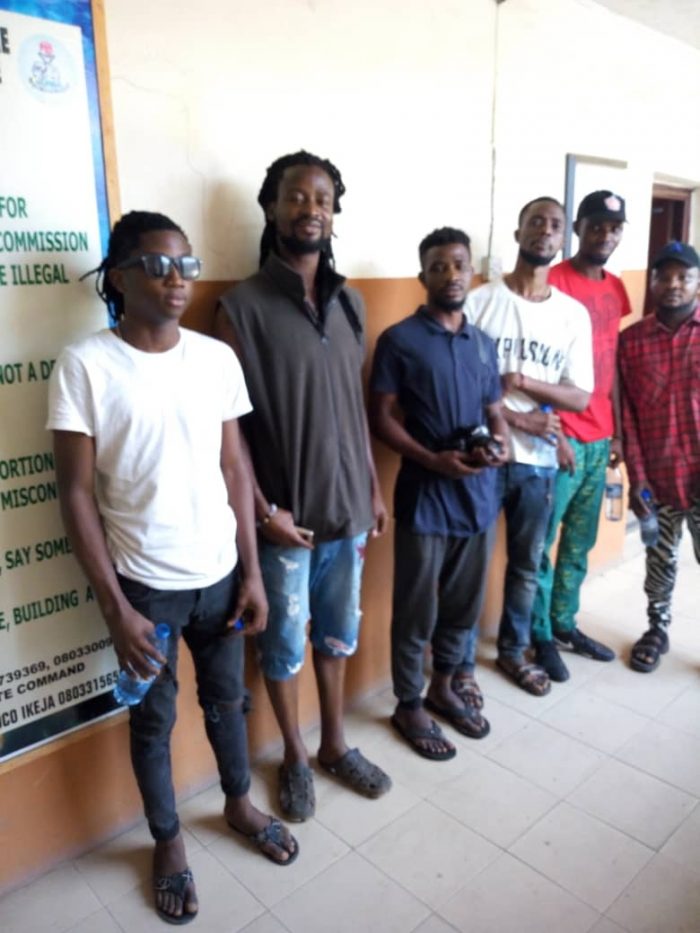 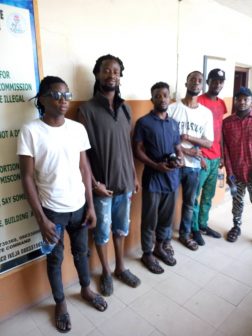 The thugs were arrested on Sunday around 2:30am

They were caught tearing posters of other political parties and replacing them with that of African Action Congress (AAC) contrary to the Lagos State Signage and Advertisement Agency (LASAA) law that forbade advertisers from pasting posters at no other hour than than day time.

The agreement was reached at a meeting held at the Police Officers Mess, GRA, Ikeja, on Wednesday, December 5, 2018, tagged Security and Stakeholders meeting involving officials of INEC, chairmen of political parties in the state and their flagbearers. It was chaired by the State Commissioner of Police, Edgal Imohimi. 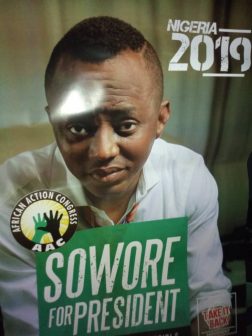 Exhibits recovered from the suspects include a poster bearing the picture of the
presidential candidate of the African Action Congress, (AAC) Mr. Omoyele Sowore, brush, buckets containing gums and torn posters of other political parties.

The police commissioner has directed that the suspects be charged to court on Monday for malicious damage and conduct likely to cause a breach of the peace to serve as a deterrent to others.