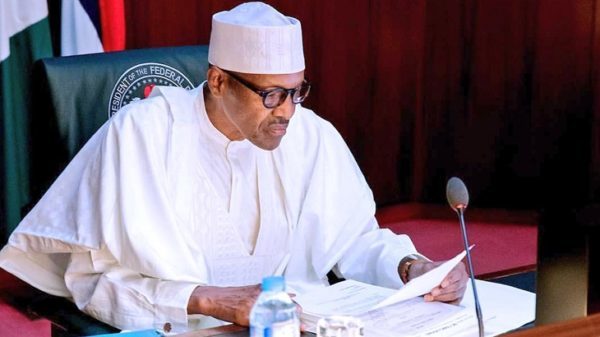 The forum took the decision at a meeting held to review the matter.

According to a statement made available to the PUNCH correspondent, the 40 presidential aspirants under the forum said they supported Buhari’s position that the planned amendment to the bill came too close to the general elections.

The statement read, “The time left between now and when the 2019 elections will start is too short for INEC to recruit relevant staff and give them adequate training.

“We also think that the electoral body may not be in a position to respond fast enough in cases where the electronic devices malfunction.

“The constraints and impediments of time and resources in difficult terrains will deliberately deny many local communities the opportunity to vote.”

The senatorial candidate of the All Progressives Congress in Enugu West, Chief Juliet Ibekalu-Nwagwu, in a separate statement said Buhari’s decision on the bill was meant to save Nigeria from political implosion.

“The rejection of assent to the 2018 Electoral Act Amendment Bill by President Buhari is a timely decision that displays leadership wisdom to save the country from political implosion.

“The decision also saved INEC from a booby trap that would have put the commission in a very tight situation,” Ibekalu-Nwagwu, who is a former Special Adviser to the President on Justice Reform Sector, said.

According to her, amending rules that would be applied to the conduct of elections that are barely two months away is a deliberate attempt to raise the stake high for INEC to meet up with.

She disagreed with those who hold the belief that Buhari refused to sign the bill because the amendment would check APC’s rigging plans, including the use of underage.

While arguing that leadership requires critical analysis before decisions are taking, she said the President should be applauded for avoiding the booby trap.

She added, “I don’t see Mr President’s decision as a calculated attempt to hold the nation to ransom, inject crisis into the electoral process and ultimately scuttle the conduct of the 2019 general elections as claimed by the opposition.

“Such claim is unnecessary. It is rather a calculated attempt to portray Mr President in a bad light, especially before the international community.

“I therefore call on well-spirited Nigerians to disregard the propaganda and false alarm by those who want to discredit Mr President out of office at all cost.”

Meanwhile, the Chairman, Senate Committee on Local Content, Senator Solomon Adeola, has condemned those urging the National Assembly to override Buhari’s veto on the electoral bill 2018.

He said those making such calls “do not have the national interest of Nigeria and the safety and sanctity of the 2019 elections at heart.”

Adeola, an All Progressives Congress member, said this in a statement on Sunday by his media aide, Chief Kayode Odunaro.

“As a senator and a Nigerian, I cannot be part of any move to override the President veto on the electoral bill. The President clearly stated his reasons for the veto and I think they are cogent enough to be accepted by all in the national interest.”