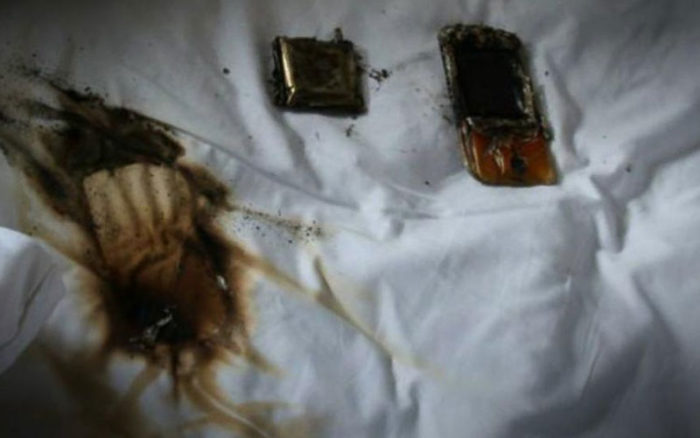 A 45-year-old woman has died in Kenya after a mobile phone she was charging with solar power suddenly exploded in her bedroom.

Her husband was injured and was rushed to hospital.

The Standard of Kenya reported that the accident in Kadiburo Village, Kagan, Rangwe sub county of the country occurred on Sunday night.

The newspaper did not indicate what the model of the phone was. There had been reports of mobile phones catching fire in the past and people have often been warned to keep away from their ears, the mobile gadgets when being charged.

The woman identified as Mary Akinyi died on the spot after sustaining serious injuries on her face and head when the phone that was being charged exploded.

According to Nathaniel Ochieng’, the deceased’s brother in law, the mobile phone exploded after lightning struck a solar panel on the roof.

The mobile phone was charging in the bedroom where the couple was sleeping during a heavy downpour in the area.

“Efforts of family members to rescue Akinyi proved futile since she was already overwhelmed by the burns.

It was an unprecedented incident in this area,” Ochieng’ said.

Akinyi’s huband Patrick Yala, who was with her in the house during the incident sustained serious injuries before being rushed to Ndiru Health Centre for medication.

He said the patient was vomiting blood which put him in a critical condition.

Ngicho said Yala developed general body weakness and had some glass cuts on his face.