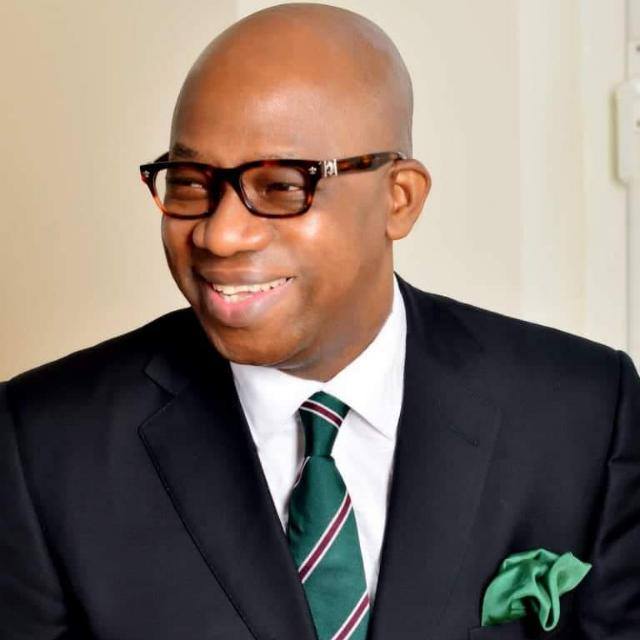 The All Progressives’ Congress (APC) governorship candidate in Ogun, Mr Dapo Abiodun, has promised to increase the state’s Internally Generated Revenue (IGR) by 50 per cent within his first year in office if elected.

Abiodun made the promise while addressing journalists at the official presentation of his manifesto in Iperu, Ogun on Tuesday.

The APC governorship candidate, however, said he would only be made known his strategy to achieve the promise when he got into the office.

“Today, Ogun State generates probably about N6 billion in IGR. I’m confident that this can be increased by at least 50 per cent,’’ the APC candidate said.

He promised to increase the ease of doing business in the state, adding that his team would bring local and foreign direct investment to the state.

Reeling out his programmes and plans for the state, Abiodun disclosed that his administration would resuscitate Olokola gas project and deep sea port and focus on agriculture with the aim of making Ogun the food basket of Nigeria.

Abiodun said that he would bring his private sector background into governance if given the mandate in 2019.

He said that his administration would not embark on demolition of residents’ property in the name of infrastructural development.

According to him, demolition of property will only occur if it threatens human lives, not for road construction.

The APC governorship candidate noted that the demolition of peoples’ houses had economic implications and psychological effect on the affected persons.

“I want to assure our people that I won’t embark on demolition of people’s homes all because I want to construct roads or carry out any infrastructural development.

“This can only occur under my watch as governor if it has to do with the safety of human lives such as flood,’’ he said.

The event was attended by Abiodun’s running mate, Noimot Salako-Oyedele, his campaign coordinator, Segun Adesegun and other party chieftains.

He said that the crisis rocking the party after the state primaries would soon be over, assuring that incumbent Gov. Ibikunle Amosun would work for his victory at the polls in 2019.