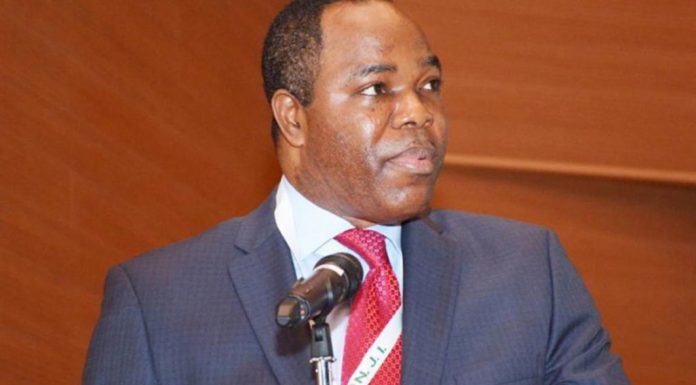 A former Chairman of Skye Bank Plc (Now Polaris Bank), Tunde Ayeni, has been detained by the Economic and Financial Crimes Commission, EFCC, for alleged fraud.

According to Punch, the EFCC had also filed charges against the former Skye Bank boss before a Federal High Court in Maitama.

Ayeni, it was learnt, would be arraigned for fraud running into billions of naira.

Particularly, the EFCC will charge him for mismanaging the funds of the bank which almost led to its collapse.

Confirming the arrest, the acting Spokesman for the EFCC, Mr. Tony Orilade, said Ayeni was grilled by detectives.

“I can confirm that he is in our custody. More information will be released tomorrow,” he said.

The anti-graft agency had entered into an agreement with the Asset Management Corporation of Nigeria to check out some banks and its officials who facilitated the huge non-performing loans in AMCON’s portfolio.

The Managing Director of AMCON, Ahmed Kuru, had said the decision was for both agencies to consolidate on the gains in the areas of investigating, prosecuting and compelling all obligors of AMCON to recover N906bn from debtors.

Similarly, the Managing Director and Chief Executive of the Nigeria Deposit Insurance Corporation, Alhaji Umaru Ibrahim, had disclosed recently that Ayeni and former Managing Director, Timothy Oguntayo, are being investigated for their roles in the bank.

The Central Bank of Nigeria, NDIC and AMCON had revoked the operating licence of Skye Bank following its financial instability, thus necessitating the regulators to rename it Polaris Bank and a capital injection of about $2bn.

“They (former directors of defunct Skye Bank) are being investigated and I can assure that when the time comes, the necessary relevant security and law enforcement agencies will do their work”, he said in the report by Punch.