Sellers and buyers of fireworks to be prosecuted -Nigeria Police Force 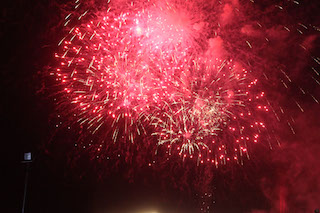 The Nigeria Police Force, Edo Command, on Tuesday reiterated the ban on sales of fireworks, also known as knock out and warned that offenders would be prosecuted.

“The command warns sellers, buyers of fireworks, parents, guardians and children to desist from sale, purchase and use of fireworks before, during and after the yuletide,’’ Nwabuzor said in a statement.

He said this was because hoodlums might want to hide under the unwholesome practice to perpetrate their nefarious act.

The spokesman said that in view of this, there would be continuous manhunt for offenders, saying that offenders would be arrested and prosecuted accordingly.

He noted that the Edo Commissioner of Police, Johnson Kokumo, had said that adequate measures had been put in place and operatives drafted into markets and other places of sales with a view to arresting dealers and buyers.

Nwabuzor said that the command remained committed and steadfast in its efforts at fighting crime and criminality, while also giving assurance of safety to residents in the state during and after the yuletide.