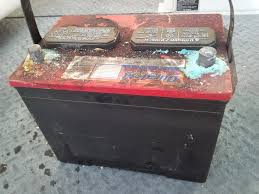 A 40 year old Kadoma man is now battling for his life after taking battery acid twice on different occasions after catching wife having quality time with separate lovers.

The man, Reggies Chiyanike from Rimuka high density in Kadoma, Zimbabwe is said to be in a critical condition at a Kadoma hospital after taking the toxic substance a few days ago.

iharare.com reports that a relative who declined to be named said for Chiyanike’s wife cheating is now routine.

“The wife is unfazed by countless suicide threats by the husband and continues to cheat. In fact her cheating has become more of a lifestyle than a hobby.

“She was first caught pants down on her matrimonial bed and the hubby drank battery acid, but was lucky to survive. This time she was caught enjoying quality time with a different man prompting the man to take battery acid again,” said the source.