Theresa May faces Vote of no Confidence from MPs 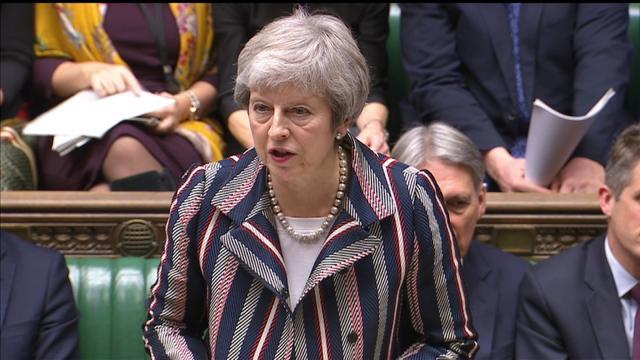 UK Prime Minister Theresa May will face a vote of confidence in her leadership later on Wednesday.

Speaking outside 10 Downing Street, Mrs May said: “I will contest that vote with everything I have got.”

She said a new prime minister would have to scrap or extend Article 50, the mechanism taking Britain out of the EU on 29 March, “delaying or even stopping Brexit”.

A result is expected fairly quickly after the voting finishes.

According to BBC, a delay to Brexit was “a vital part of the case the prime minister’s supporters will be making” as she faces the confidence vote.

Mrs May said changing Conservative leader would “put our country’s future at risk and create uncertainty when we can least afford it”.

It is thought the result of the secret ballot could be announced within minutes of voting finishing, with Mrs May needing to get a majority of the votes cast by the 315 Tory MPs to win it.

If that happens she cannot be challenged as Conservative leader for at least another year.

If Mrs May does not win the vote there would then be a Conservative leadership contest in which she could not stand.

If Mrs May won – but not overwhelmingly – she may decide to stand down as party leader and trigger a leadership contest in which she could not stand.

In her statement delivered early on Wednesday morning, Mrs May said: “A leadership election would not change the fundamentals of the negotiation or the Parliamentary arithmetic.

“Weeks spent tearing ourselves apart will only create more division just as we should be standing together to serve our country. None of that would be in the national interest.”

She said she was making progress in her talks with EU leaders and vowed to “deliver on the referendum vote and seize the opportunities that lie ahead”.

The Conservatives had to build a “country that works for everyone” and deliver “the Brexit people voted for”.

“I have devoted myself unsparingly to these tasks ever since I became prime minister and I stand ready to finish the job.”

Tags:   MPs   Theresa May   vote of no confidence