We will deal ruthlessly with anyone attacking LASTMA Officers - LASG 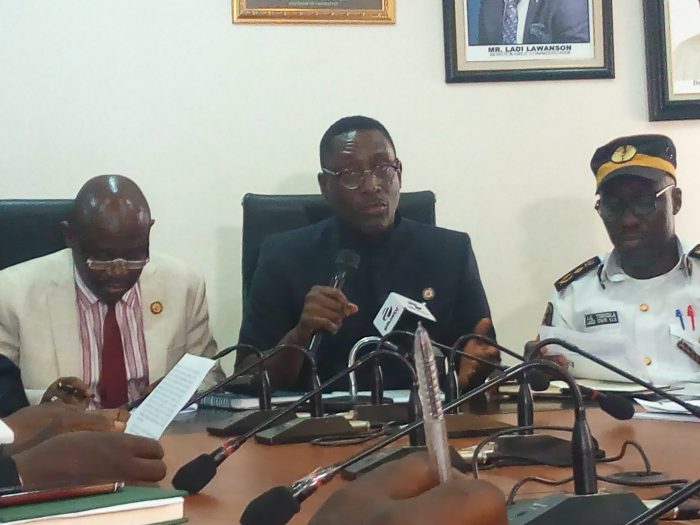 The government said killings of 18 LASTMA officers this year alone and permanent incapacitation of 24 others would no longer be tolerated as government would not fold its hand and allow its officers to be killed and dehumanized by the public.

Commissioner for Transportation, Ladi Lawanson at a news conference on Wednesday in Alausa, Ikeja, Lagos, Southwest Nigeria, appealed to the motoring public that LASTMA was created and empowered by law to ‘control and manage vehicular traffic flow in the State.

“One is therefore at a loss as to why our officers and men, employed to safeguard members of the public are always attacked by the same members of the public whose interest they are promoting and protecting. For instance, we have, this year alone, lost 18 Officers in various accidents while 24 are permanently incapacitated due to hit and run accidents and violent attacks.

“Members of the public should realize that these officers are parents, uncles, sisters, brothers, nieces and indeed children of other people. The officer cadre of LASTMA is peopled by highly educated and dedicated men and women who should not be seen as never-do-wells because they control traffic and are in uniform. They are not only well trained but are prepared as leaders who can rise to the very top of the Agency and head same with time.

“In the extant case of Rotimi Adeyemo, who was born in Masifa, Ejigbo in Osun State, on May 11, 1977, he holds both the National Certificate in Education, NCE, and the Bachelor of Science, B. Sc. Degree in Economics. He left behind a 105-year old father, an 88-year old mother, a wife, Eniola and three children, including a set of twins,” he said.

According to Lawanson, “for the avoidance doubts therefore, we would like to reiterate that going forward, we will not tolerate the slightest attack on any of our officers and men. We shall henceforth apply the full weight of the relevant extant law on culprits in this regard.

“While the government will, in the face of these unfortunate incidents approve compensations and death/insurance benefits for our officials slain in the course of performing their responsibilities, we hasten to add that it is not the kind of incentives that we crave. We would rather that our officers thrive on their jobs, enjoy enhanced benefit and welfare packages through the institution of enhanced salaries, special insurance packages and the introduction of free and compulsory regular medical checkups alive rather than posthumously.”

He said LASTMA officers were constantly exposed to the elements in the performance of their responsibilities as it was a common sight to see them controlling traffic in the rain, sun, dusty or hazy environment, at times, shorn of the appropriate complementary accoutrements necessary for the prevailing climatic conditions.