FIRS: A Forceful Collector of Taxes In An Era of Poverty (1) 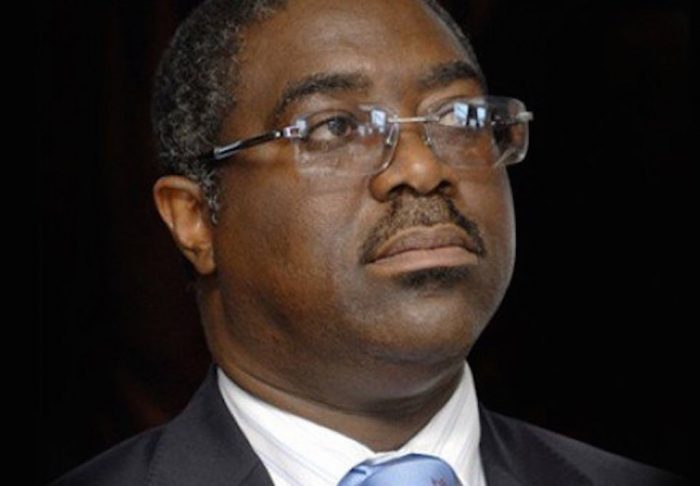 The chairman of Federal Inland Revenue Service (FIRS), Babatunde Fowler is a man who takes his job seriously. At every opportunity, he tells us of the success of the organisation which he has led since August 20, 2015. In a way, his robust stature and good parental background match the success of the Federal Inland Revenue Service. The Yoruba have two words for the type of job he is doing as “agbowopa” and “agbalowomeni”, meaning “a collector by force” and “one who collects from the have-nots”, respectively. Just recently, the Federal Inland Revenue Service announced that it realised a total of N2.5 trillion (N2,529,615,174,601.25) from various taxes from January to June 2018. The amount shows that the service has realised 75 per cent of its target for the year, which is an improvement over what was realised in the corresponding period in 2017. A report on the revenue performance of the agency, submitted to the (former) minister of finance, Kemi Adeosun, confirmed that the N2.5 trillion is an increase of N746 billion (N746,107,323,247.26), representing 42 per cent, in comparison to the N1.8 trillion (N1,783,507,851,353.99) total tax revenue realised in the corresponding period in 2017.

No doubt Mr. Fowler has achieved a lot personally and also for his organisation, the FIRS, which he now heads. But when Mr. Fowler tells us about the success of his organisation, one is tempted to ask, “at whose expense?” Right now businesses are closing down and there is rampant poverty in the land. New companies are opened at a slow rate, in comparison to ten to twenty years ago. When we were young, in western Nigeria, T.A. Oni & Sons; L.A. Banjoko & Sons; and Akin Taylor, Akinyede & Sons, were names in the construction industry that we often heard. This is no longer the case. Most construction companies operating in the country today are either Chinese or Arab owned, and they are encouraged and patronised by our governments, especially at the state level, thereby increasing the flow of capital flight from Nigeria. It is not that the indigenous companies are not good. Far from it. But they are dying from the lack of patronage. Even in terms of ordinary drainage contracts, very few of these are awarded to our indigenous contractors. The Chinese government will encourage their companies in Nigeria, while the federal and State governments will not patronise the indigenous contractors in Nigeria. In the face of it all, Dr. Fowler will come with his taxation drive in order to ‘meet target or surpass target’, in a manner that renders us helpless like poor orphans. Target! Target!! Target!!! is all that matters, without considering the human aspect. The government must realise that over-taxation discourages businesses and when there are no businesses, there is no employment. And the tragedy is that state agencies like the Lagos State Signage and Advertisement Agency (LASAA) are copying FIRS in over-taxing some indigenous companies, thereby rendering them financially impotent. There is danger in pushing people to the wall.

A cousin of mine sent a text message to me recently saying that, “if you save N1 every day for a year, you’d have saved exactly $1.” This information still hurts my brain. That is how sad the situation has become. No one is against the collection of taxes but over-taxation can make situations chaotic.

Experience tells me that in this country, governments at the federal, state and local levels are more interested in collecting revenue than providing infrastructure. And because we have a very docile society, our leaders get away with just about anything.

Dr. Fowler can help in releasing information on the taxes collected by federal, state and local governments, and by organisations. Maybe trophies should be given to states and local governments that have collected the highest amount of taxes as a way of encouraging them. Dr. Fowler’s job should not end with the collection of revenue for government alone, he should go further by making suggestions on how jobs can be created. Experience tells me that in this country, governments at the federal, state and local levels are more interested in collecting revenue than providing infrastructure. And because we have a very docile society, our leaders get away with just about anything. Whatever Dr. Fowler has achieved today, he is reaping on the past achievement of his predecessors, especially people like Mrs. Ifueko Omoigui-Okauru, Samuel Ogungbesan, Kabir Mashi and others.

More so are the efforts of the former secretary to the government of the federation, Alhaji Shehu Ahmadu Musa (1935-2008), who was also the Makama Bida and also Professor Chukwuma Edozien, who was a member of the subcommittee on the economic, finance and divisions of power of the 1977 Constitutional Drafting Committee, and who was also a former president of the Nigerian Economic Society. And also Dr. Sylvester Ugoh from Umuokrika in Imo State, who was deputy director, Economic Development Institute, University of Nigeria, between 1966 and 1972, and executive director, SKOUP and Company (management consultants) in 1973. In addition, he was member of the Constituent Assembly between 1977 and 1978, the minister of science and technology from 1979 to 1982, and minster of education from 1982 to 1983.

It was the task force on tax administration (1978) headed by Alhaji Shehu Musa which led to the introduction of the withholding tax regime, the imposition of 10 per cent special levy on the excess profits of banks and the imposition of 2 1/2 per cent turnover tax on building and construction companies. It was also the study group on the Nigerian tax system and administration (1992), headed by Professor Emmanuel Edozien, which resulted in the establishment of FIRS as the operational arm of the Federal Board of Inland Revenue (FBIR) and the setting up of revenue services at other levels of government (the states and local governments).

Equally, it was the study group on indirect taxation (1992), headed by Dr. Sylvester Ugoh, which culminated in the policy shift from direct to indirect/consumption tax (from which VAT evolved).

Eric Teniola, a former director in the Presidency, writes from Lagos.