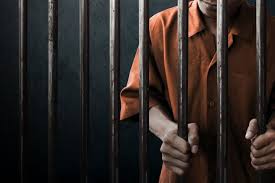 The number of U.S. inmates executed this year has reached a 25-year low as fewer death sentences are handed down.

Fewer than 2,500 inmates are awaiting execution as 2018 draws to an end after 25 executions, making this the third consecutive year with fewer than 30 executions, the DPIC said in its annual report.

DPIC is a non-profit organisation that collects data on the death penalty in the United States.

“Public appetite for the death penalty has declined dramatically since the 1990s.

“It sentences people who are defendants of color, or who have mental illness or intellectual disabilities,” Robert Dunham, executive director of the DPIC, said in a phone interview.

Florida and Texas sentenced the most inmates with seven each. Many of those sentenced had committed multiple murders.

Some 164 death row inmates have been exonerated since 1973, which Dunham said is evidence that innocent people could have mistakenly been executed in the past.

The DPIC report also found that 72 per cent of the inmates executed in 2018 showed significant evidence of mental illness, brain injury, or childhood trauma.

Advocates of the death penalty argue that it should remain legal to punish those who commit the most severe crimes.

U.S. President Donald Trump’s administration has said it is considering expanding use of the death penalty for some federal crimes.

In October, Washington became the 20th U.S. state to abolish the death penalty.

The state Supreme Court cited a study which found that black defendants were three to five times more likely to be sentenced to death than non-black defendants in similar proceedings.

A U.S. Supreme Court ruling in 1972 banned executions but they were reinstated in 1976. (Reuters/NAN)